Should the public health community applaud shifts from alcohol to marijuana (and support cannabis beverages)? 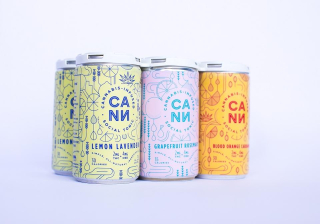 The question in the title of this post is prompted by this interesting recent Forbes piece headlined "Cannabis Taking A Larger Share Of Alcohol Industry Amid Concern Over Calories And Hangovers." Here are excerpts:

The growing concern over calories and hangovers is driving more millennials to replace alcohol with cannabis in their social life — a trend that pushes investors to increasingly eye the infused beverage industry as an opportunity.

A recent Monitoring the Future research found US millennials drink far less alcohol than previous generations: The percentage of college students who drink alcohol daily declined from 6.5% in 1980 to 2.2% in 2017.  By contrast, there was a significant increase in daily marijuana use among young US adults, especially during 2019, the research further revealed, resonating with the gradual legalization of medical and recreational marijuana across the country....

Financial services company Cowen predicts the sales of recreational cannabis in the US will increase more than 700% from $6 billion in 2016 to $50 billion in 2026, prompting beverage companies of all sizes, such as Ceria, to tap into the space to grow their profits.  Keith Villa, the creator of Blue Moon Brewing Company, launched Ceria in 2018 – a company produces a cannabis-infused and non-alcoholic craft beer brand Grainwave.  Breweries that manufactures similar products include Colorado-based New Belgium Brewing and Dad & Dude’s Breweria, as well as SweetWater Brewing Co. of Georgia.  Several mainstream CPG heavyweights, including Coca-Cola, PepsiCo and Mondelēz, also reportedly consider launching infused food products, but nothing so far has materialized.

These existing infused beverages in the market, however, do not appeal widely to consumers who are already frequent cannabis users, at least according to Jake Bullock, co-founder of cannabis-infused social tonic startup Cann.  Cann produces cannabis-infused beverage products that are low in calories.  “As a result, the mainstream consumer is not entering the market as quickly,” he wrote me via email, stressing the cannabis industry has lagged the growth projections many analysts and companies have made.  “It is clear that cannabis is here to stay and will only continue to penetrate existing markets and new states over time,” Bullock added....

The other element that prevents more people from exploring THC-added food is their confusion with CBD products.  The other co-founder of Cann, Luke Anderson, notes many consumers who are curious about cannabis turn to CBD to explore the plant, but often time, they don’t know the difference between the cannabinoids.  “This has created a lot of confusion in the market, with people thinking they would 'feel something' after trying a CBD-only product and not being able to tell what was physiologically happening versus a placebo effect,” he said.

“This experience may have discouraged people from exploring micro doses of THC, which are quite safe but give you a very palpable buzz.  While CBD products play in a crowded health and wellness segment of grocery aisles.”

Anderson said his company has aimed to reshape the alcohol industry with a small amount of THC in each can since it was first launched about a year ago.  Cann prides itself in balancing 2 mg of sativa-dominant hybrid THC and 4mg of CBD to provide a “sessionable experience” without high calories and the hangover.

When the modern marijuana reform movement got started, I was often in the habit of saying that it would likely be a "public health win" if a lot of alcohol use was replaced by marijuana use. This article suggest this is already happening, and I presume a growing cannabis beverage market would enhance the number of folks who might substitute cannabis for alcohol. But, as the question in this post title reveals, I am not knowledgeable enough about the public health literature to say for sure that these trends ought to be applauded.