"A Brief Global History of the War on Cannabis" 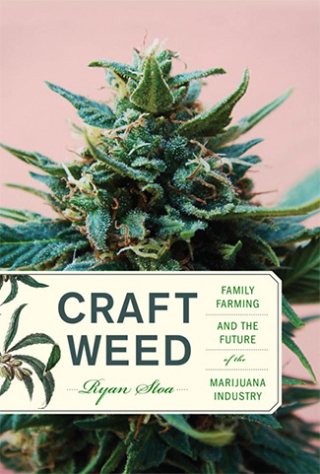 I have started another semester of my Marijuana Law and Policy seminar at The Ohio State University Moritz College of Law, and early in the semester I spend considerable time exploring the history of all sort of drug laws (including, of course, those dealing with alcohol and so-called harder drugs).  Thus, I was very pleased this week to see this new extended posting at the MIT Press Reader authored by Ryan Stoa (the author of “Craft Weed”).  I recommend the full piece, and here are excerpts from the start and end of the great piece:

Before the war on drugs put marijuana farmers firmly in its crosshairs, cannabis was being grown openly and with commercial success on every continent on earth, much as it had been for centuries.

This ancient and extensive history of cannabis farming has given rise to the idea that prohibitions put in place in the mid-20th century were the first of their kind — a whirlwind of racial, political, and economic forces that successfully used marijuana prohibition as a pretext for suppression.  By contrasting prohibition with our ancient history of cannabis farming, some historians make our modern-day drug laws appear irregular and shortsighted....

Yet, while unprecedented in scope, the United States’ war on drugs was not the first of its kind. The reality is that marijuana has been controversial for almost as long as humans have been farming it. Many societies throughout history have banned cannabis cultivation and use. What many of these crackdowns and prohibitions have in common is social and economic inequality, or a distrust of the unknown. When members of a minority or lower class embrace marijuana use, the ruling class moves to outlaw marijuana as a form of suppression and control. Marijuana is perceived to be a threat to the order of society, and stamping it out naturally begins with a prohibition on cultivation.

What many of these crackdowns and prohibitions have in common is social and economic inequality, or a distrust of the unknown.  As a case in point, the ancient Chinese might have been the first cannabis farmers — and, as far as we know, were the first to write about psychoactive marijuana — and yet they may also have been the first to reject it as a socially acceptable drug.  The rise of Taoism around 600 BCE brought with it a cultural rejection of intoxicants.  Marijuana was then viewed as antisocial, and derisively dismissed by one Taoist priest as a loony drug reserved for shamans.  The sentiment persisted into the modern era — to this day, marijuana struggles to disassociate itself with the stained history of opium in China....

The historical record illustrates that while many regions of the world have tolerated or embraced marijuana farming in the past, plenty of others have seen authorities attempt to exterminate farmers and their crops.  Targeting the first step in the supply chain is a logical starting point for prohibitionists, and marijuana’s role as an agent of religious, political, or economic change has long made it a threat to the established social order.

Our marijuana-farming ancestors of the past could have told us, based on experience, that when prohibitionists come after cannabis, they will do so in predictable ways. They will use rhetoric to associate the plant with violence, depravity, and other more dangerous drugs, as the European temperance movement did in France and Great Britain.  They will use a militarized show of force to eradicate crops, persecute farmers, and dissuade the next generation from growing marijuana, as the Ottomans did in Egypt.  They will portray marijuana users as religious extremists or dangerous minorities, as Pope Innocent VIII did in Europe, Sunni Muslims did in the Middle East, or white South Africans did in South Africa.  The best-case scenario, they might say, is that the authorities will turn a blind eye to the unstoppable forces of supply and demand, much as the Portuguese did in Brazil or the British did in India.

In telling us this, our marijuana-farming ancestors might as well have been writing the playbook for the 20th-century war on drugs.  The cannabis prohibition era in the United States did not invent this “greatest hits” collection of tactics that prohibitionists have been using for centuries; it simply brought them all together in one place, and injected them with more financial and military resources than any prohibition movement in history has ever seen.