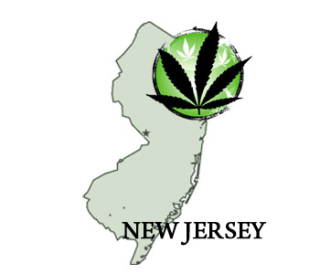 As reported in this Politico piece, headlined "New Jersey marijuana legalization bill dead; lawmakers will let voters decide," legislators in the Garden State have failed again to achieve significant marijuana reforms through the traditional legislative process and now have a new 2020 plan.  Here are the details and backstory:

For the second time this year, top Democratic lawmakers in New Jersey pulled the plug on legislation to legalize cannabis sales for recreational use, killing any likelihood Gov. Phil Murphy will deliver on a key campaign promise before 2021.

Instead, legislative leaders introduced a resolution Monday that would put a recreational use question on the November 2020 ballot. The resolution would need to pass both houses of the state Legislature by three-fifths majorities in one year or by simple majorities in consecutive years to make it onto the ballot.

“We made further attempts to generate additional support in the Senate to get this done legislatively, but we recognize that the votes just aren’t there. We respect the positions taken by legislators on what is an issue of conscience," Senate President Steve Sweeney said in a joint statement with Sen. Nicholas Scutari (D-Union), who had been the lead sponsor of the cannabis legalization bill, NJ S2703 (18R), in the upper house....

Murphy, who campaigned heavily on a pro-cannabis platform in 2017, was disappointed by the announcement, but said in a statement he has “faith that the people of New Jersey will put us on the right side of history when they vote next November.“ “By approving this ballot measure before the end of this legislative session, New Jersey will move one step closer to righting a historical wrong and achieving what I have spent more than three years advocating for,” the governor said.

Several polls released over the last two years suggest a solid majority of New Jersey residents support marijuana legalization. Even so, NJ RAMP —an affiliate of the anti-legalization group Smart Approaches to Marijuana — has already said it plans to fight the measure at the ballot box.

Should voters approve the referendum, it would be up to the Legislature to take action to grant oversight of the adult use industry to the Cannabis Regulatory Commission, which was previously established through medical marijuana legislation passed earlier this year....

Monday’s announcement marks the conclusion of a long odyssey for the Democrat’s recreational use bill, which was originally scheduled for a vote in March after months of protracted negotiations between Murphy, Sweeney and Assembly Speaker Craig Coughlin. That vote was scuttled after Sweeney and Murphy failed to whip up the necessary 21 votes in the upper house. A majority of Assembly members supported the bill.

Sweeney reversed course several months later, saying he’d like to give the legislation another shot with some technical revisions to accommodate regulatory changes established through the state’s new medical marijuana law, NJ A20 (18R), along with criminal justice reforms that have since been included in subsequent legislation. Both bills had previously been linked to the fate of recreational use legislation.