Politico rides with the high times with new cannabis newsletter 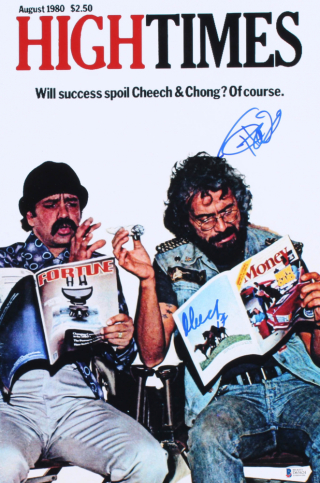 Old folks like me remember when one had to track down a hard copy of an issue of High Times in order to read about marijuana and policy reform.  But times sure have changed, and the latest media marker of modern high times may be the new newsletter that was rolled out today by Politico,  a highly respected inside-the-beltway media outlet covering politics and policy.  This newsletter is described this way:

This newsletter launches at a historic moment for marijuana and cannabis policy.  Marijuana is legal on some level in 33 states but illegal at the federal level, creating a bewildering and complex web of legal, regulatory and business questions that even the most expert policy makers and lawyers struggle to answer.

This newsletter offers a sneak preview of what we will do for our Pro subscribers starting next month.  Our mission for Pro readers is to cover these policy issues with passion and expertise, to deliver exclusive news and analysis, and to report on cannabis from a neutral, unbiased point of view.  We come to this issue with no pre-cooked narrative about what should happen on cannabis policy.  Our stories will focus on what POLITICO Pro does best: explaining policy issues and the politics behind them and delivering the news in an easy to digest format so that you can use our content to make business decisions.

And here are two new stories from the Politico team about happenings inside and outside the Beltway:

"Why the most pro-marijuana Congress ever won’t deal with weed":

This could be a big moment for marijuana and Congress. But Democrats are fighting Democrats over whether to focus on social justice issues or industry priorities like banking. Marijuana advocates are divided among themselves over whether to push for full legalization or settle for less far-reaching legislation.  And many Republicans — some of whom are seeing the benefits of cannabis legalization in their home states — are still decidedly against any legalization on the national level, even for medicinal uses.

At the same time that Congress is in gridlock, there is growing national support for cannabis, which is illegal at the federal level but at least partially legal in 33 states.  In addition, public opinion is shifting rapidly, with nearly two-thirds of Americans supporting legalization according to Gallup — double the level of support two decades ago.  That’s led to a steadily growing number of lawmakers on both sides of the aisle who represent states with legal cannabis markets, making them more sympathetic toward legislation aimed at helping the burgeoning industry — which brought in roughly $10 billion in sales last year.

These conflicts between state and federal law have created a rash of problems for cannabis companies, including lack of access to banking services, sky-high federal tax rates and bewildering questions about exactly what business practices are legal.

"How marijuana is poised for a North American takeover":

The United States is feeling some North American peer pressure to get in on the cannabis boom.  Producers in Canada, where marijuana is legal for medicinal and recreational uses, are already planning for a future where pot is a globally traded commodity, and some are setting themselves up to profit if it is legalized in the U.S.

In Mexico cannabis is legal for medicinal purposes, and the landscape could shift further: The country's new president, whose party controls a majority in the national legislature, sent a proposal to the Mexican Senate late last year to legalize recreational use.