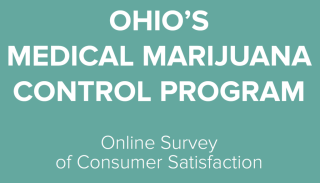 The title of this post is the title of this new report authored by Nicholas Maxwell, who this summer served as a Research Fellow at Harm Reduction Ohio and who put together this report in conjunction with Ohio State's Drug Enforcement and Policy Center (which I help run).   The report will be one of a number of topics discussed at this DEPC event tonight, and here is its "summary and key findings":

An online survey of more than 600 Ohioans, most of whom reported being regular users of marijuana, revealed immense dissatisfaction with the Ohio medical marijuana system.  Consumers were surveyed on a range of topics, from their marijuana consumption habits to their experience with the Ohio MMCP.  The price of medical marijuana in Ohio was the primary driver of consumer dissatisfaction.  Contributing to this dissatisfaction was also reported inconvenience of registering for the program and traveling the sometimes-significant distance to the nearest dispensary.  The vast majority of respondents stated that they preferred to purchase marijuana from medical dispensaries, but reported that Ohio’s existing medical marijuana regime presented significant barriers that deterred them from doing so.