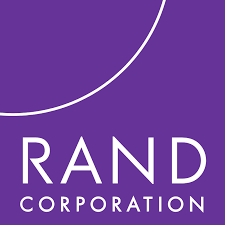 The title of this post is the title of this remarkable new RAND report authored by Gregory Midgette, Steven Davenport, Jonathan Caulkins and Beau Kilmer.  This webpage provides this account of what appears in the nearly 100-page full report:

Substance use and drug policy are clearly in the national spotlight. Provisional data from the Centers for Disease Control and Prevention suggest that drug overdose deaths in 2018 exceeded 68,000, of which more than 47,000 involved opioids.  Although heroin, prescription opioids, and synthetic opioids (such as fentanyl) receive most of the attention, deaths involving methamphetamine and cocaine are both on the rise. In addition, more than 25 percent of the U.S. population lives in states that have passed laws that allow for-profit firms to produce and sell marijuana for nonmedical purposes to adults ages 21 and older.

To better understand changes in drug use outcomes and policies, policymakers need to know what is happening in the markets for these substances.  This report updates and extends estimates of the number of users, retail expenditures, and amount consumed from 2006 to 2016 for cocaine (including crack), heroin, marijuana, and methamphetamine in the United States, based on a methodology developed by the RAND Corporation for the Office of National Drug Control Policy. The report also includes a discussion of what additional types of data would help quantify the scale of these markets in the future, including the new types of information produced by the legalization of marijuana at the state level.

Notably, Chapter 5 is devoted to a discussion of marijuana use.