Is hemp really now going to become the number three crop in Ohio and can marijuana stay illegal if it does? 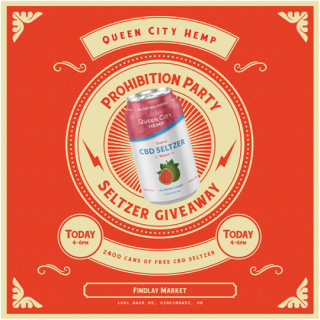 I do not blog all that much about hemp reforms, even though I find them quite interesting and important, largely because I do not know that much about agriculture or about all the different ways the hemp plant might be used.  But this local article concerning Ohio hemp developments prompted both the question in the title of this post and some broader thoughts about the relationship between help developments and marijuana reform.  First, some excerpts from the article:

The law immediately allows hemp-derived CBD to flow into the state, but it will be a while before hemp can be commercially grown or processed in the Buckeye State. The U.S. Department of Agriculture plans to issue federal rules for hemp cultivation and processing in the coming weeks. In addition to CBD from hemp flowers, the plant is also harvested for its fiber and seed.

Ohio agriculture officials have six months to draft Ohio’s rules and regulations, which will then be submitted to the feds for approval. The goal: Have everything in place so farmers can get seeds in the ground next spring.... Ohio Department of Agriculture Director Dorothy Pelanda said the agency does not plan to limit the number of licenses issued to cultivate or process hemp.

Pelanda said the agency plans to craft regulations to ensure farmers plant seeds that are certified to be low in THC – hemp is defined as cannabis containing less than 0.3% THC. “We want to make sure that Ohio has the very best hemp program in the nation,” Pelanda told The Enquirer.

Ohio is the 46th state to allow hemp farming. A big part of Ohio’s program will be research, which will begin right away. Ohio State University plans to buy about 2,000 hemp plants in the next week. Gary Pierzynski, associate dean for research and graduate programs at OSU's College of Food, Agricultural and Environmental Sciences, said it’s too late to plant with the goal of harvesting. But Pierzynski hopes this first crop at four locations will position them for good research on growing methods, plant diseases, pests and more next year.

Industry analysts predict the U.S. hemp market will grow from about $4.6 billion to more than $26 billion by 2023. The Ohio Farm Bureau Federation has said hemp has the potential to be Ohio's No. 3 crop behind corn and soybeans.

The bill leaves the details of Ohio’s hemp program – like who can grow it and how much licenses will cost – to the Ohio Department of Agriculture. Those rules will be shaped by experts, lobbyists and public comment periods. Hours after Senate Bill 57 passed, a new hemp industry lobbying group was announced. Backing the group: Ian James and Jimmy Gould, who led the unsuccessful 2015 effort to legalize recreational marijuana in Ohio. Since Issue 3 failed, James and Gould have invested in hemp, in addition to obtaining licenses for medical marijuana businesses here.

Statehouse lobbyist Neil Clark, who has been tapped to lead the organization, said the association will serve businesses who are involved at several levels of the industry and who have “big ideas.” “Our goal is to make sure those restrictions aren’t prohibitive,” Clark said. “There’s a lot of farmland in Ohio and there has to be opportunities for everyone.”

The group joins others that pushed the bill along including the U.S. Hemp Roundtable, which largely represents CBD businesses, and the Ohio Hemp Association, comprised of Ohio businesses and entrepreneurs that want to grow hemp or manufacture hemp products.

Queen City Hemp has been gearing up to put its CBD Seltzer water back on the shelves at local retailers, including Hemptations and Clifton Natural Foods.  A large part of the Cincinnati-based manufacturer’s inventory of CBD-infused seltzer water was confiscated from those retailers and destroyed by the local health department during their crackdown in February, according to president and co-founder Robert Ryan.

A number of national chain stores are already selling CBD products across the country.  Kroger, the nation's largest grocery retailer, announced in June it would sell hemp-derived CBD creams, balms and other topical products in nearly 1,000 stores in 17 states – but not its home state of Ohio.  That will change with the new law, but a Kroger spokeswoman said it was too early to provide details.

As this article highlights for Ohio, many folks here and throughout the nation with an affinity for marijuana reform are involved with hemp reform and the hemp industry.  If (when?) this crop becomes a huge part of agriculture in Ohio and elsewhere, I suspect these these folks are likely to use their clout and their money to push for reforms regarding other types of cannabis plants.  Similarly, if folks in Ohio and throughout the nation get used to seeing CBD sodas on many store shelves and CBD creams when shopping for soap, it seems ever more likely that they will start to view many forms of cannabis more benignly.