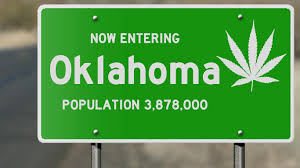 Allison Adler, director of communications for the West Virginia Department of Health, wrote in an email to MJBizDaily that the “primary cause” behind the projected two- to three-year delay is concern about the ability of MMJ companies to secure banking services. The banking issue was addressed in recent legislation. The state treasurer, Adler noted, recently issued a request for proposals from financial institutions interested in providing banking services to the industry. However, the proposals will “require time to evaluate and implement.”

Adler continued that “it is important to note that after a solution to the current banking issue is found, it will take time for multiple stages of the medical cannabis permitting process to be implemented.” The whole process, she added, also requires program staffing and development, rules implementation and registration of medical providers and patients.

Meanwhile, a thousand miles away, a different route to medical marijuana reform has helped produce a very difference experience in Oklahoma. One year ago, as noted in this post, Oklahoma voters passed a medical marijuana initiative’s passage by the wide margin of 57 percent to 43 percent.  And this recent article, headlined "One year after SQ 788 vote, Oklahoma near No. 1 for patients among medical marijuana states," details how quickly the state has become record setting:

When Oklahomans voted one year ago in favor of State Question 788, officials thought about 80,000 patients, or about 2% of the state’s estimated population, would register in the first year of a legal medical marijuana program.

As of June 24, the Oklahoma Medical Marijuana Authority has already registered more than 3.5% of the population as patients, with little sign of applications slowing. That participation rate puts Oklahoma near No. 1 among the 33 states that have some form of medical cannabis legislation in place as of May.

Oklahoma’s medical cannabis law, unlike the laws of most other states, does not have a list of qualifying medical conditions patients must prove to enroll. “I think everyone took the language of the state question to heart by not adding medical condition qualifiers,” Rollins said of lawmakers who worked the past legislative session to expand Oklahoma’s medical marijuana regulations....

Maine, the closest comparison, removed qualifying conditions from its law last year after medical marijuana became legal in 1999 and does not require patients to register with the state. The Office of Marijuana Policy in Maine released statistics showing a printed patient certification card rate of about 34.3 per 1,000 residents in 2018.

California, a state with both medical and recreational cannabis laws, also does not require patients to obtain an identification card to take advantage of its medical law, Proposition 215, which took effect in 1996. However, organizations such as the Marijuana Policy Project estimate California has a registration rate of about 31 patients per 1,000 residents.

“The numbers are already at least roughly tied with the highest participation rate in the country,” said Karen O’Keefe, the director of state policies for the MPP, a pro-cannabis nonprofit that advocates for legal reforms and also tracks cannabis use by state. “In a lot of ways I think Oklahoma has among the best medical marijuana programs in the country in terms of patients having relief quickly without a bunch of hurdles they and their physicians have to jump through.”...

The OMMA as of June 17 has approved 3,211 grower, 1,548 dispensary and 859 processor licenses. Arkansas, which legalized medical cannabis in 2016, had only its third dispensary statewide open earlier this summer after lengthy legal battles over limitations on commercial licenses. “I think it helped there was a noncompetitive application process,” O’Keefe said of SQ 788, adding that “You don’t have the government deciding how many pharmacies can operate. For the most part, we let the free market decide.”...

Rollins said neither the OMMA nor the state Legislature anticipate making attempts to reduce the size of Oklahoma’s program. The Oklahoma State Board of Health last July voted to enact emergency rules that would have banned consumption by smoking and require the involvement of pharmacists in dispensaries. However, public outrage — including, in some cases, from lawmakers — and a letter from the state’s attorney general led to a reversal of those changes.

Gov. Kevin Stitt signed House Bill 2612, a lengthier framework for the medical cannabis industry, into law earlier this year. It will take effect in late August, without restrictions likely to limit patient participation, and includes state-level protections for patients who own firearms.  “I think everyone has tried to make it easier for patients to have access to the system as far as applying and how they can get recommendations,” Rollins said. “The demand is obviously there, so I think it will be interesting once we get to renewal season (this fall) on the business side to see how many have been able to sustain and become operational.”

Just another stark reminder that just how a big new law gets implemented so often is so much more important than when and how it is passes.