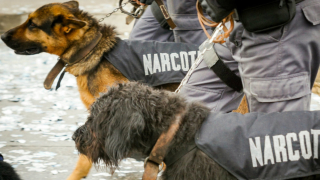 In this opinion, the supreme court considers the impact of the legalization of small amounts of marijuana for adults who are at least twenty-one years old on law enforcement’s use of drug-detection dogs that alert to marijuana when conducting an exploratory sniff of an item or area.

The supreme court holds that a sniff from a drug-detection dog that is trained to alert to marijuana constitutes a search under the Colorado Constitution because that sniff can detect lawful activity, namely the legal possession of up to one ounce of marijuana by adults twenty-one and older.  The supreme court further holds that, in Colorado, law enforcement officers must have probable cause to believe that an item or area contains a drug in violation of state law before deploying a drug-detection dog that alerts to marijuana for an exploratory sniff.

The supreme court concludes by determining that there was no probable cause in this case to justify the sniff of the defendant’s truck by a drug-detection dog trained to alert to marijuana, and thus, the trial court erred in denying the defendant’s motion to suppress.  The supreme court further concludes that the appropriate remedy for this violation of the Colorado Constitution is the exclusion of the evidence at issue.  Thus, the supreme court affirms the court of appeals’ decision to reverse McKnight’s judgment of conviction.

This lengthy local press report about the ruling provides lots of context about how much is contested about this ruling. The extended headline of the press piece highlights its themes: "Did the Colorado Supreme Court just throw the state’s marijuana-legalization regime into question? The chief justice seems to think so. A case about drug-sniffing dogs could turn into a watershed moment in Colorado marijuana law. Or not. Legal experts are split."