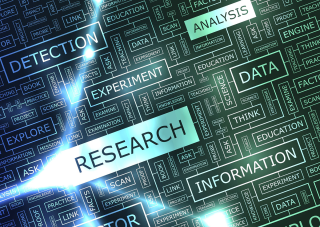 The question in the title of this post is prompted by this notable story out of Boston headlined "Harvard, MIT share $9 million gift to study marijuana's health effects." Here are the interesting details:

An investor in the cannabis industry has donated $9 million to Harvard and MIT to study the drug’s health effects, in what the institutions describe as the largest private gift to support marijuana research in the United States.  The Broderick Fund for Phytocannabinoid Research, announced Tuesday morning, will be shared equally by Harvard Medical School and the Massachusetts Institute of Technology, with the goal of filling vast gaps in the understanding of how marijuana affects the brain and behavior.

“The lack of basic science research enables people to make claims in a vacuum that are either anecdotal or based on old science,” said the donor, Charles R. “Bob” Broderick, an alumnus of both universities. “For generations we haven’t been able to study this thing for various sorts of societal reasons. That should end now, as well as the prohibitions that are falling around the world.”

Broderick has invested heavily in the booming marijuana business, starting in Canada in 2015 and more recently the United States, through his family-run Uji Capital. Although Broderick stands to profit if the studies find benefits from marijuana, the universities and the researchers said the donor will have no say in the work process or its results. They also pledged to publish their findings even if they find marijuana doesn’t help or causes harm.

Broderick recalled the first time he raised the idea of funding cannabis research with a Harvard development officer: “There was silence on the other end. Then she said, ‘I don’t think we do it.’ And I said, ‘That’s the problem.’ ” The official soon called back to say that Harvard researchers studying brain chemicals would be interested in examining marijuana’s effects.

Dr. Igor Grant, a longtime California marijuana researcher who is not involved with the Harvard-MIT project, said the grant “will really let them move forward with research that has been difficult to fund.”

“The work in this area has been very, very slow coming,” said Grant, director of the Center for Medicinal Cannabis Research at the University of California San Diego.

“This is exactly the type of research we need,” said Dr. Peter Grinspoon, a Massachusetts primary care doctor and board member of Doctors for Cannabis Regulation, a group promoting legalization and regulation of marijuana. Whether for or against marijuana, Grinspoon said, “Everybody wants more research.” The marijuana studies to date vary in quality, often have conflicting results, and typically involve either purified extracts or smoked marijuana — not the gummies, cookies, vapor, oils, or highly potent buds that people consume today....

Until recently researchers could work only with marijuana grown at a federal farm in Mississippi, whose plants are less potent than those purchased at dispensaries in states where the drug is legal. But John Gabrieli, a professor of brain and cognitive sciences at MIT and one of the grant recipients, said “a fast-changing regulatory environment” is allowing access to better material.

The MIT researchers intend to use extracts from the plants to tease out the effects of marijuana in people with schizophrenia — about half of whom are heavy cannabis users, Gabrieli said. The researchers want to pursue intriguing evidence that a component in marijuana known as tetrahydrocannabinol, or THC, improves cognitive function in people with schizophrenia. They will look at how THC as well as another key component — cannabidiol, or CBD — affect cognition alone and in combination.

Another MIT researcher will study how chronic exposure to THC and CBD may alter the cell types implicated in schizophrenia, potentially shedding light on why teens who use cannabis are at greater risk of developing schizophrenia and why the drug may be more dangerous for teens than adults.

Other studies at MIT will examine whether marijuana ingredients can help people with autism and with Huntington’s disease, and will study the effects of cannabis ingredients on attention and working memory. It’s been “incredibly hard” to get funding for marijuana research, Gabrieli said. “It’s been illegal all over the place until very recently. Without the philanthropic boost, it could take many years to work through all these issues.”

At Harvard, the $4.5 million gift establishes the Charles R. Broderick Phytocannabinoid Research Initiative, involving some 30 basic scientists and clinicians at the medical school and its affiliated hospitals. The Harvard team plans to study the effects of marijuana ingredients on brain cell function and the connections between brain cells, testing purified ingredients on mice and rats.

Researchers at Harvard have been studying natural brain chemicals known as endocannabinoids, which are involved in a variety of functions, including memory, appetite, and stress response. The grant will enable them to expand that research to encompass cannabinoids derived from plants. “Marijuana has about 100 different cannabinoid compounds. We understand very little about the specific effects of each of them on the nervous system,” said Bruce Bean, Harvard neurobiology professor and one of the project’s researchers....

The research, however, is funded by someone who could profit if the findings are favorable or lose money if new dangers are discovered.  Could knowing this somehow, even unconsciously, bias the results?  Josephine Johnston, director of research at the Hastings Center, a think tank concerned with bioethics, said such conflicts of interest are commonplace. “In a pure world, you wouldn’t have a situation like this.  But it’s pretty much a fact of life of biomedical research in the United States that you have interested parties funding research,” said Johnston, co-editor of a book on conflicts of interest in biomedical research. Institutions can enact safeguards to ensure both that the research is unbiased and that it’s perceived as trustworthy.

Both MIT and Harvard said they have such policies in place, requiring that gifts come without strings attached and that researchers have control over their work and its publication.  Grant, the California marijuana researcher, agreed that conflict of interest is an important concern. But, he added, if people profiting from the marijuana boom invest in science, “maybe that’s not a bad thing. They could just as easily buy yachts or do something else.”

Because I am a kind of marijuana researcher (focused on law and social science, rather than medical science), I realize I have a bias when suggesting that everyone involved in the marijuana industry ought to be funding academic marijuana research.  Also, as a director of the Drug Enforcement and Policy Center at The Ohio State University, I am sensitive to the concern that research funded by the marijuana industry or investors carries real conflict risks that can come with any private funding of public research.

All that said, this article helps highlight just some of the many reasons why a lot more private funding (and a lot more public funding) is needed for all sorts of marijuana research.  There are many times I end up feeling truly overwhelmed by all the important research questions that arise in this space and all the formal and informal barriers to conducting all the needed research.   And especially with so many legal and social changes in this space, this period seems like an "all hands on deck" moment.  And I do not think it is misguided to believe that everyone involved in the marijuana industry and especially its investors ought to be swabbing the deck as best they can.