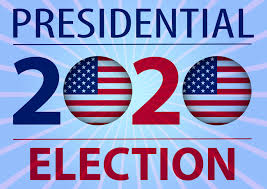 Seven years ago, Warren opposed legalization. In 2015, the US senator from Massachusetts said she was “open” to it. In 2016, she said, she voted for it privately at the ballot box. Now she’s one of marijuana’s top cheerleaders on Capitol Hill, championing a measure to protect the pot industry in states where it’s legal.

Warren’s evolution is not unique — in fact, 2020 will see the first US presidential race in which every candidate, at least so far, favors some path to legalization.

“There’s been a tremendous evolution — marijuana legalization, if you look back, was really something for fringe candidates,” said John Lapp, a Democratic national campaign strategist.“It’s just not very controversial at all now.”

For Democrats, especially, being for cannabis legalization might be as much of a litmus test in 2020 among voters as is being for abortion rights. But they must face their past stances with honesty, political strategists say. In 2008, now-US Senator Kamala Harris touted her high conviction rates for drug dealers as a district attorney, and Joe Biden, the former vice president — who is likely to run, but hasn’t announced — was long an evangelist for the war on drugs.

A quarter-century ago, then-presidential candidate Bill Clinton did damage control by saying he tried pot while he was a Rhodes scholar in England, but “didn’t inhale.” Running in 2007, Barack Obama found it politically acceptable to admit he had smoked marijuana as a young man, and “the point was to inhale” — but he called it “a mistake.”’...

Now politicians, particularly Republicans, have a more politically safe way of supporting cannabis: by advocating for states’ rights, said Steve Fox, a cannabis lobbyist with VS Strategies. “At this point, the greatest driving factor at the federal level is simply the fact that it’s legal in so many states,” Fox said.

To combat the rising momentum, the anti-legalization group Smart Approaches to Marijuana is producing a guide for candidates that it says will be backed by medical associations. “Candidates will have a simple choice: They can either follow the pot lobby or they can follow the science,” said executive director Kevin Sabet....

Senator Cory Booker of New Jersey, who has made legalization a core part of his presidential campaign, said his position has much more to do with addressing racial disparities in policing than it does with freedom for recreational use. “I am pleased to see public sentiment moving as it is, but I have an approach to marijuana legalization that sees it as a justice issue and not just as an adult-use issue,” Booker said. “The damage that the enforcement and prohibition has done to our country is outrageous, unacceptable, and violates our values.”...

In New Hampshire this election cycle, candidates are likely to be asked about marijuana, as the Legislature there moves toward possibly passing legalization this year. Governor Chris Sununu, a Republican, has vowed to veto such a measure.

But don’t expect many candidates to focus their campaigns on marijuana. It’s not just safe now — it’s too safe. To stand out in a crowded field, Lapp recommends that a candidate take on affordable health care, immigration, or college debt — “something where there’s some upside and downside, some passion and some risk. I’m just not sure that’s the case with marijuana anymore.”