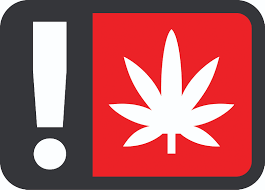 The title of this post is the headline of this recent commentary in USA Today authored by DJ Jaffe, who is the executive director of Mental Illness Policy Org.  Here is an excerpt:

Before legislators legalize marijuana, they should require bold and direct warning labels to be placed on the packaging as is done with tobacco products. If the states fail to act, then the Food and Drug Administration should step in and require it.

The situation is similar to when cigarettes first became extensively marketed. The health risks were known but not disclosed, leading to disease and lives being lost. In addition to appearing on the packaging, the warning labels should be displayed prominently wherever the product is sold, in advertising and in mandated public service announcements funded by the marijuana industry.

The academies, founded by Congress, comprise the country’s leading researchers. They have become the nation’s most reputable arbiters of the science that should guide policy. The findings of the report, "The Health Effects of Cannabis and Cannabinoids," were particularly disturbing for people prone to mental illness and those who have a mental illness.

Schizophrenia and bipolar disorders are two of the most devastating neurobiological disorders and the ones that are often associated with homelessness and incarceration. If there is an association with using legalized marijuana, shouldn’t the public be warned?...

Washington and Colorado were the first states to legalize recreational marijuana. While both warn pregnant mothers not to use it, the only other significant warning on the packaging is that there “may be health risks,” a watered-down mealy mouthed warning that fails to give consumers the concrete information they need to avoid danger.

But until we know the chicken-or-egg answer, we should not follow the example of the tobacco regulation where the product was allowed to be marketed unencumbered by warnings, leading to more than 480,000 deaths a year, and subsequently the spending of millions of dollars re-educating consumers who had been misled in the first place.