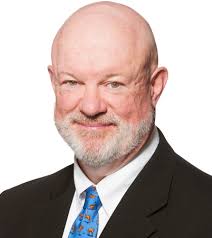 Paul J. Larkin, Jr., who is a senior legal research fellow at the Heritage Foundation’s Meese Center for Legal and Judicial Studies, has this notable new commentary titled "The Medical Marijuana Delusion." I recommend the piece in full, and here are excerpts:

Contemporary society also does not trust the unregulated backyard, in-home, or agricultural production and distribution of medications.  To protect the public against snake-oil salespeople and other charlatans, Congress enacted the Federal Food, Drug, and Cosmetic Act of 1938 (FDCA), the Drug Amendments of 1962, and scores of complementary laws.  Those statutes are critically important features of today’s public health regulatory programs. They prohibit, using criminal penalties, the distribution of a new drug in interstate commerce, unless the FDA Commissioner has previously found that it is “safe” and “effective” for its intended use. These laws empower FDA to carefully and strictly regulate and oversee the production of medicines intended for human consumption — and drugs cannot be disguised in food to avoid regulation, because FDA regulates food too. Those laws reflect an 80-year consensus that the nation should leave to the professional, scientific judgment of experts — physicians, biochemists, and the like — the question of which drugs can be created and used for therapeutic purposes by educated, trained, and licensed physicians — not “budtenders.”...

To be sure, the belief that marijuana could have legitimate therapeutic benefits has a basis in science.  FDA has found that a few cannabinoids — that is, biologically active constituents of cannabis — can have positive medical benefits, and FDA has approved the manufacture and distribution of synthetic forms of those substances to treat disease, most recently the spasticity caused by rare, severe forms of childhood epilepsy.  There might be other therapeutically useful cannabinoids as well. Regulators and scientists should conduct the necessary research to learn if that is true.

But the states that have authorized marijuana to be smoked for medical purposes have simply taken the law into their own hands.  Since 1996, more than 30 states have permitted marijuana to be smoked for medical purposes, despite the fact that FDA has never approved marijuana for medical use and there is no FDA-approved medicine that is smoked.  The reason is that there are serious, adverse, and undeniable health risks associated with smoking any agricultural product.  Since 1964, U.S. Surgeons General have consistently found that smoking tobacco is dangerous.  Congress finally agreed in 2009 by passing the Family Smoking Prevention and Tobacco Control Act, which empowers FDA to regulate cigarettes. Smoking marijuana carries many of the same risks as smoking tobacco, so no FDA Commissioner could legitimately treat marijuana in a unique manner.

Much of the debate over marijuana legalization has been misguided — intentionally so.  Legalization’s advocates have urged states to adopt medical marijuana laws to ease the suffering of the afflicted and dying.  In so doing, the medical marijuana movement has played on the compassion that Americans feel toward people about to traverse the River Styx or who are in such pain or distress that they would gladly make that crossing now.  State approval of marijuana for medical purposes, however, is proof that hypocrisy is the tribute that vice pays to virtue.

The real question is whether lawmakers should revise federal law to allow marijuana to be used for recreational purposes, just as alcohol and tobacco can be so used today.  If Americans are to honestly debate marijuana use, the debate must be over its utility as a recreational drug, not as medicine, and who should regulate its potential uses — the FDA Commissioner or the U.S. Attorney General.  The United States has followed the wrong approach to marijuana regulation for 80 years.  It is time to get it right.

Medical use is misdirection?

His cancer is in remission.