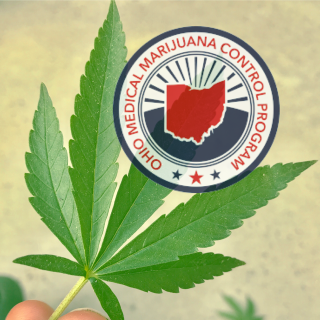 As reported in this local article, this week "a Franklin County judge threw out a state law requiring that at least 15 percent of cultivation licenses go to businesses owned or controlled by African Americans, Asians, American Indians, Hispanics or Latinos." Here is more on the ruling and reactions thereto:

The Ohio Department of Commerce, the state agency that awards cultivation licenses, will have to decide whether to comply with Franklin County Common Pleas Judge Charles A. Schneider’s Thursday decision and award provisional cultivation licenses to white-owned businesses that scored higher in the review process -- including Greenleaf Gardens, LLC, which challenged the constitutionality of the law in court. Greenleaf Gardens had planned for a large-scale medical marijuana grow operation in Geauga County.

The state could also decide whether to throw out previously awarded licenses to two minority-owned and -controlled businesses that scored lower, although Greenleaf’s attorney wrote in court filings the company did not want that. Commerce can also appeal the decision to a higher court. “We are reviewing the judge’s ruling and considering next steps,” said Kerry Francis, the Department of Commerce’s spokeswoman.

Schneider’s decision only affects part of Ohio’s medical marijuana law, and leaves the rest of it intact.

Greenleaf CEO David Neundorfer said he’s pleased with the court’s ruling. The company has licenses in other parts of the nascent medical marijuana program....

Greenleaf Gardens sued after the Department of Commerce announced recipients of the provisional cultivation licenses, nearly a year ago. It received the 12th highest score among cultivation applicants but did not receive one of the 12 licenses for a large-scale cultivator. The department instead gave licenses to two lower scoring applicants, Parma Wellness Center, LLC and Harvest Grows, LLC.

The Department of Commerce argued it was following Ohio’s medical marijuana law, including provisions the Ohio General Assembly created that not less than 15 percent of cultivator, processor or laboratory licenses be given to entities owned and controlled by Ohio residents who are members of an economically disadvantaged group. The law lists each racial and ethnic group and states that “owned and controlled” means at least 51 percent of the business or business stock is owned by people in the groups....

Harvest Grows argued in a brief that Ohio for nearly 40 years has remedied discrimination in government licensing through set-asides for minority businesses. Hundreds of studies have shown that without the set-asides, “government funds have been, and will be, used in a discriminatory fashion.” It noted that blacks are more than four times more likely than non-minorities to be arrested for marijuana possession, even though studies show marijuana use is almost the same. “The legislature knew about these issues when it created the 15 percent set-aside at issue in this case," Harvest Grows wrote.

The judge, however, sided with Greenleaf Gardens. Schneider relied on a 2003 U.S. Supreme Court case that said a way to examine these issues is by looking at whether there is a compelling governmental interest for racial classification and whether the set-aside is narrowly tailored to achieve the goal.

Schneider wrote that there is a lack of “sufficient evidence of a government compelling interest" because the only evidence the legislature considered were marijuana crime arrests. He wrote that the state didn’t look at arrest rates for racial groups outside of blacks and Latinos, and discrimination in arrest rates and marijuana businesses are different....

“If the legislature sought to rectify the elevated arrest rates for African Americans and Latinos/Hispanics possessing marijuana, the correction should have been giving preference to those companies owned by former arrestees and convicts, not a range of economically disadvantaged individuals, including preferences for unrelated races like Native Americans and Asians,” he wrote.