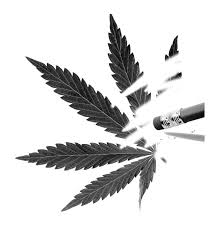 Hailed by advocates as a chance for people to “reclaim their lives,” a new California law will soon make it easier for people with past marijuana convictions to get their records expunged completely, or their sentences significantly reduced.  Assembly Bill 1793 – passed by overwhelming majority in the California state Legislature and signed into law Sunday night by Gov. Jerry Brown – will streamline a previously tedious process that made it difficult for residents with a prior cannabis-related conviction to clear their names.

“This is transformative,” said Rodney Holcombe of the Drug Policy Alliance, a New York City-based national organization that advocates for human rights-driven drug policies. “This creates an opportunity for people to reclaim their lives."

California is not the first state to retroactively allow those with cannabis convictions a chance to reduce or completely remove their past; that distinction goes to Oregon, which legalized recreational weed in 2014.  Colorado, Maryland, Massachusetts and New Hampshire, plus the cities of San Francisco, Seattle and San Diego, have laws similar to Oregon’s, where individuals convicted of some marijuana-related crimes – like possession, cultivation or manufacturing – can work to get their records sealed or expunged.

But California is the first state to automate the system, which lawmakers and bill supporters hope will be a game-changer for thousands of residents who have limited access to student loans, housing and jobs because of their criminal records.  The Judicial Council of California estimates at least 218,000 residents would benefit from the new law.  “The failed war on drugs has, in so many ways, wreaked havoc, damage, pain and anguish on so many Californians,” said Assemblymember Ron Bonta, D-Oakland, who proposed the measure. “This is where government can step in and make it better.”

Pot convictions disproportionately affect communities of color, according to a 2016 study from the ACLU and Drug Policy Alliance.  That study found that while white people consume marijuana at similar rates to black people – and more than Latinos – communities of color are more likely to be targeted by law enforcement for low-level marijuana possession infractions.  In 2010, for example, black people were 3.73 times more likely to be arrested for marijuana possession than white people nationwide.

The measure is California's latest effort to help those with marijuana charges move on with their lives.  Two years ago, Californians passed Proposition 64, which legalized recreational marijuana use for adults 21 and over and allowed for those with criminal convictions to request to have their records erased.  But the process was lengthy and convoluted, requiring people to petition the courts to reduce their sentence for prior convictions, back when cannabis was illegal.  It could also be an expensive process, with costs spanning court fees, hiring a lawyer (to walk people through paragraphs of confusing legal jargon) and time spent away from work and home....

The Drug Policy Alliance tries to educate the public on what it calls “collateral consequences,” the side effects that stem from a sometimes decades-old conviction, Holcombe said.  Those collateral consequences can include not being able to acquire student loans, find meaningful employment or access good housing, among other issues.

Under the new law, the state will do the work to clean up people's records – even if they didn’t know they were eligible.  Some individuals will be able to completely clear their record, while others will see their crimes significantly reduced.  Possession with the intent to sell, for example, will now be reduced from a felony to a misdemeanor.

Here's how it will work: Starting Jan. 1, 2019, the Department of Justice has seven months to review all marijuana cases and send potential petitions to county district attorneys.  DAs will have one year to challenge or grant the petition to change residents' marijuana-related convictions.  Priority will be given to those currently serving time.  “Prop. 64 provided redemption and rehab and a chance to rebuild those lives – these expungement and reductions are a big part of that,” Bonta said.  “I wanted to make sure that the promise in Prop. 64 was kept.”...

Holcombe and the DPA are hopeful that if California's landmark law is successful, other states could adopt similar measures.  “Popular opinion has changed so much,” Holcombe said. “Lots of support has already been generated around the folks who have been convicted and are still burdened by these collateral consequences – and there’s growing interest in remedying that.”

Regular readers likely know of my affinity for this kind of reform based on my recent article, "Leveraging Marijuana Reform to Enhance Expungement Practices,"  which calls for jurisdictions to take an expansive approach to expungement when moving forward with marijuana prohibition reforms.   And I have blogged a lot about these issues here, as this partial sampling of some recent postings reveals: