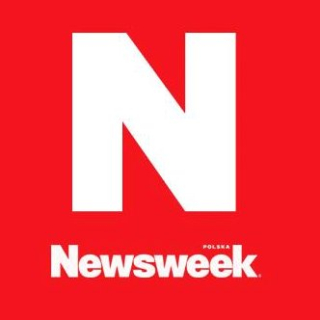 The feature article in the August 24 issue of Newsweek is headlined "Legal Weed: How Republicans Learned to Love Marijuana." The lengthy piece is worth reading in full, and here are excerpts:

[At Texas's] 2018 Republican ­Party convention in San Antonio in June, nearly 10,000 conservative politicians voted to revise the ­party platform on marijuana. The changes included supporting industrial hemp, decriminalizing small amounts of marijuana possession and urging the federal government to reclassify cannabis from a Schedule 1 to a Schedule 2 drug.

These planks, while still some of the most conservative approaches to marijuana policy in the country, were a marked departure from the party’s position a few years prior. And they’re indicative of the ­transformation happening with Republican voters and officials nationwide.

The motives are mixed. Some, like Isaac, were moved by arguments about its medical uses. For others, the shift is an attempt at criminal justice reform after years of racial discrimination. Some conservative lawmakers tout marijuana ­policy changes in the name of federalism and small government, and others say it might be the only bipartisan issue left in Congress. Regardless, Republicans can’t deny that marijuana legal­ization is popular among younger, more diverse voters who could help the party survive....

Senator Cory Gardner, a Colorado Republican, vowed to block the president’s Department of Justice nominees until he received a commitment that his state’s rights would not be infringed [after AG Jeff Sessions rescinded the Cole Memo]. Gardner tells Newsweek that in a sit-down meeting with the president in April, Trump said leaving cannabis laws up to the states was “the right thing to do and that we’re not going back.”

Gardner then went on to create the Strengthening the 10th Amendment Through Entrusting States (STATES) Act, along with Massachusetts Democratic Senator Elizabeth Warren. The bill would eliminate any federal prosecution of marijuana users or sellers in states that had legally ­authorized such actions. “We’re looking at it. But I probably will end up supporting that, yes,” Trump told reporters in June, striking a big blow to Sessions.

In a polarized era, the bill is impressively bipar­tisan. Five conservatives and four liberals co-­sponsored the legislation in the Senate, including names you would never expect to be on the same side — like Jeff Flake and Cory Booker. It has significant “cross-cut appeal,” Gardner says. He hopes the bill will gain momentum after the midterm elections.

But for Republicans, the effort to ensure states’ rights when it comes to marijuana policy is more important than a bipartisan collaboration. “It’s a federalism experiment,” Gardner says. “Republicans who have long been champions of states’ rights can choose this as a moment to prove it.”...

Already, politicians are beginning to see the benefits of supporting the cannabis industry through campaign fundraising. Rohrabacher, who is facing his toughest re-election campaign in three decades and is seen as one of the most vulnerable Republicans in the House, has been rewarded for his pro-weed stance. The congressman has gained $5,000 checks from companies and organizations including Weedmaps, Scotts Miracle-Gro and the National Cannabis Industry Association. Since 2016, Rohrabacher has received more than $80,000 in marijuana industry money.

In the long run, Republican lawmakers may support marijuana decriminalization for the simple fact that it may help them get elected as they play a catch-up game with young, nonwhite voters. An estimated 24 million people ages 18 to 29 cast votes in the 2016 election. In that demographic, Donald Trump lost to Hillary Clinton by an 18-point margin. Millennials are about to inherit the kingdom as the largest voting block in the country, and, according to one poll, over 80 percent believe the drug is safer than alcohol.