"Why Alcohol Is Still the Most Dangerous Drug" 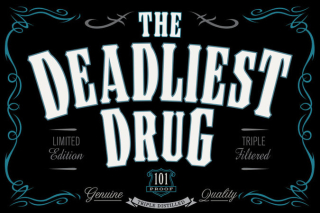 The title of this post is the headline of this lengthy new article in Governing magazine.  Interestingly, the article does not once mention marijuana, but it is still a sobering read against the backdrop of the often-stated refrain of marijuana reformers that they want marijuana regulated like alcohol.  I recommend the entire piece, and here are excerpts from the start of the lengthy piece:

Most Americans have a general sense that drunken driving isn’t as bad a problem as it was a generation ago. But few realize how much those numbers changed in a relatively short time.  When the federal government started counting alcohol-impaired traffic deaths in 1982, there were more than 21,000 a year. By 2011, the death toll was down by 53 percent. States had raised the legal drinking age to 21 and adopted a common rule that a blood alcohol concentration (BAC) of .08 meant “too drunk to drive.”  Many states also mandated the installation of interlock devices to prevent those with a history of drunken driving from turning on their ignition unless they were sober. Those laws, coupled with education and prevention campaigns, helped reduce drunk driving deaths to fewer than 10,000 in 2011.

But recently the trend has stalled. The total number of alcohol-impaired traffic fatalities actually rose in both 2015 and 2016. “Drunk driving has been around since the automobile was invented and it’s still the biggest killer on the highway,” says J.T. Griffin, the chief government affairs officer for Mothers Against Drunk Driving (MADD). Indeed, alcohol causes more traffic deaths per year than either speeding or driving without a seatbelt....

Up to now, no state has imposed a limit of .05, but that’s about to change. Utah will go to .05 in December. In the past year, Delaware, Hawaii, New York and Washington state have also considered legislation to lower the limit. “It will change the conversation from, ‘If you have been drinking too much, you shouldn’t drive,’ to, ‘If you’ve been drinking, you shouldn’t drive,’” says Utah Rep. Norm Thurston, who sponsored the .05 legislation. The new message -- that driving shouldn’t occur after even moderate drinking -- “is probably what it should have been all along,” he says.

American alcohol policy is in a curious state of flux. On one hand, states and localities continue to tax alcoholic beverages not only to raise revenue but also to educate the public about the risks associated with drinking. On the other hand, states are passing laws that make alcohol easier to purchase by permitting sales on Sundays, in movie theaters and at grocery outlets. In December, Congress cut federal alcohol excise taxes to the tune of $4.2 billion over two years. The reduction is expected to bring down prices and increase consumption.

The national conversation around addiction has been dominated in recent years by opioids. Certainly, the rapid rise in opioid overdoses, which claimed 42,000 lives in 2016 alone, is a pressing issue for states across the country.  The White House has declared a national public health emergency over the epidemic, and governments everywhere are marshalling efforts to combat the crisis.

But the fact is that alcohol kills roughly 88,000 Americans each year, more than double the number of opioid deaths.  Almost half of alcohol fatalities come from chronic health problems attributed to excessive alcohol consumption, such as liver cirrhosis, breast cancer and heart disease.  Those alcohol-induced deaths are on the rise. Excluding certain acute causes, such as homicides and traffic fatalities, the rate of alcohol-induced deaths increased by about 47 percent between 1999 and 2015.

Public health specialists say it’s time for a broader national dialogue about substance misuse, one that includes alcohol.  “There continues to be a [reluctance to accept that] alcohol is an addictive substance because it’s legal, because it’s widely used, because people believe that unless it’s a drunk driving accident you don’t really die from it,” says Phyllis Randall, chair of the Loudoun County, Va., Board of Supervisors and a former mental health therapist who worked for 15 years treating offenders with substance abuse problems in an adult detention center.