"The effects of medical marijuana laws on cannabis-involved driving" 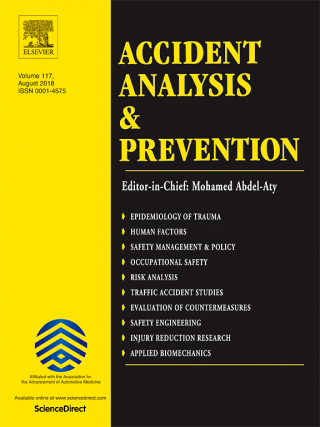 The title of this post is the title of this notable new article authored by Eric Sevigny which will appear in the September 2018 issue of the journal Accident Analysis & Prevention. Here is its abstract:

This study uses data from the Fatality Analysis Reporting System and a differences-in-differences model to examine the effect of state medical marijuana laws (MMLs) on cannabis-involved driving among U.S. drivers involved in a fatal crash between 1993–2014. Findings indicate that MMLs in general have a null effect on cannabis-positive driving, as do state laws with specific supply provisions including home cultivation and unlicensed or quasi-legal dispensaries.

Only in jurisdictions with state-licensed medical marijuana dispensaries did the odds of marijuana-involved driving increase significantly by 14 percent, translating into an additional 87 to 113 drivers testing positive for marijuana per year. Sensitivity analyses reveal these findings to be generally robust to alternate specifications, although an observed spillover effect consistent with elevated drugged driving enforcement in bordering states weakens a causal interpretation. Still, reasonable policy implications are drawn regarding drugged driving prevention/enforcement and regulations governing dispensary delivery services and business siting decisions.

Some recent (of many) prior related posts: