"Risks and Benefits of Marijuana Use: A National Survey of U.S. Adults" 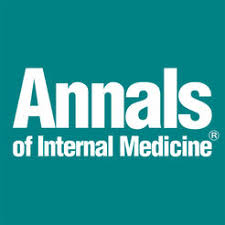 Background: Despite insufficient evidence regarding its risks and benefits, marijuana is increasingly available and aggressively marketed to the public.

Objective: To understand the public's views on the risks and benefits of marijuana use.

Measurements: Proportion of U.S. adults who agreed with a statement.

About 81% of U.S. adults believe marijuana has at least 1 benefit, whereas 17% believe it has no benefit. The most common benefit cited was pain management (66%), followed by treatment of diseases, such as epilepsy and multiple sclerosis (48%), and relief from anxiety, stress, and depression (47%).

About 91% of U.S. adults believe marijuana has at least 1 risk, whereas 9% believe it has no risks. The most common risk identified by the public was legal problems (51.8%), followed by addiction (50%) and impaired memory (42%).

Limitation: Wording of the questions may have affected interpretation.

Conclusion: Americans' view of marijuana use is more favorable than existing evidence supports.