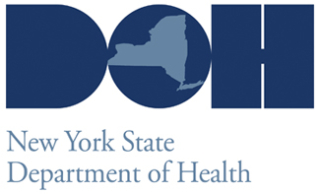 As the New York Daily News puts it here: "The New York State Health Department is high on the prospects of legal marijuana." Here is what they mean:

In a long-awaited report released Friday, the Health Department concluded the “positive effects of a regulated marijuana market in NYS outweigh the potential negative impacts” and recommended that state officials move forward with the legalization of recreational pot use.

Such a move, however, should only happen after the development of a “well-thought-out” regulatory structure and public education campaign to inform the public about the benefits and risks associated with pot use, the report said. “It is imperative that a regulated marijuana program contain all necessary safeguards and measures to limit access for individuals under 21, minimize impaired driving, provide education and tailored messaging to different populations, and connect people to treatment if needed,” the report stated.

The report, which was ordered by Gov. Cuomo in January, found that a regulated marijuana market could have several benefits for New York, including increased quality controls, consumer protections and tax revenues. With New York’s current market for illegal marijuana estimated to tally between $1.74 billion and $3.5 billion annually, the report estimated that the state could see tax revenue of between $248 million and $677.7 million, assuming tax rates of between 7% and 15%. The report recommended an initial tax rate of between 7% and 10%.

Health officials also concluded that there’s little evidence that legalization would lead to increased marijuana use and said it also has the potential to reduce use of opioids.

Advocates for legalized marijuana hailed the report and urged state officials to follow through on its recommendations....

Cuomo on Friday said he would “put together a group” to come up with a “full program” for legalization. He noted that the report recommends that people be at least 21 to purchase pot, but doesn’t answer such questions such as who could sell it, where, and the quantity that can be sold. “That to me is the devil in the details,” he said.

Cuomo had previously opposed legalization of marijuana but ordered the Health Department to study the issue because of the steps nearby states, including Massachusetts and New Jersey, were taking steps to legalize the drug. “Those are our two border states,” he said Friday. “You have more control and there’s a possibility for revenue when you regulate it and in this context, where you have New Jersey and Massachusetts legalizing it, it’s not really an option of preventing it because you can go over a bridge and over a border.”...

Despite the report’s findings, it is unlikely lawmakers will take any steps until at least next year since the Legislature has already adjourned for the year. The state Senate’s ruling GOP conference has also expressed opposition to legalizing pot.

“Our Senate Majority is focused on making New York more affordable for hardworking taxpayers, helping businesses create new jobs for the middle class, and keeping families and communities safe,” Senate GOP spokesman Scott Reif said in May. "Let others focus on legalizing drugs and what that would look like. Affordability, opportunity, security — those are our priorities for the remainder of the year.”

The full report, which I think is quite nicely done, as well as an extended executive summary and related materials are available via this NY Department of Health webpage and at these links: