Hooray for the proposed new "Marijuana Data Collection Act" ... but ... 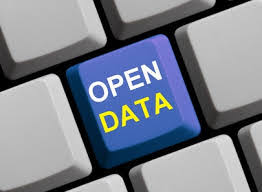 Tom Angell reports here at Forbes on the introduction of a new piece of federal legislation that I consider long overdue.   Here are the details:

The Marijuana Data Collection Act, introduced on Tuesday by Rep. Tulsi Gabbard (D-HI) and a bipartisan group of cosponsors, would direct the Department of Health and Human Services to partner with other federal and state government agencies to study "the effects of State legalized marijuana programs on the economy, public health, criminal justice and employment."...

If the legislation is enacted, the National Academy of Sciences would carry out the research and publish initial findings within 18 months, with follow-up reports to be issued every two years after that.

So far, the bill's backers seem to consist solely of those who support marijuana law reform, a situation that legalization advocates decried.  “This is not a marijuana bill, it is an information bill," Justin Strekal, political director for NORML, said in an interview.  "No member of Congress can intellectually justify opposition to this legislation. Our public policy needs to be based on sound data and science, not gut feelings or fear-mongering.  Approving the Marijuana Data Collection Act would provide legislators with reliable and fact-based information to help them decide what direction is most beneficial to society when it comes to marijuana policy.”...

Here are the specific data points the bill directs federal officials to track:

The monetary amounts generated through revenues, taxes, and any other financial benefits. The purposes and relative amounts for which these funds were used. The total impact on the State and its budget.

MEDICINAL USE OF MARIJUANA

The rates of medicinal use among different population groups, including children, the elderly, veterans, and individuals with disabilities. The purpose of such use. Which medical conditions medical marijuana is most frequently purchased and used for.

Because I cannot yet find the full text of the bill on-line, I cannot yet provide a full informed opinion on its particulars.  I can say that I think a big, data-focused federal study of the impact of state marijuana reform is looooooooong overdue.  I was hopeful, but not optimistic, that Prez Obama might see the wisdom and political value of pushing for this kind of study effort after the issuance of the 2013 Cole Memo and after the 2014 election brought more states and DC into the recreational marijuana column.  But, sadly, we have been left largely with national number crunching by partisan advocates rather than government bean-counters for now two decades of ever-more-robust state-level reforms.

Based on Tom's description of the "Marijuana Data Collection Act," I am a bit concerned that there are not provisions likely to encourage pot prohibitionists to be supportive of this particular study effort.   The folks at SAM are often eager to stress data on black markets, increased use of marijuana by workers, increased hospital visits, increased homelessness, increased drugged driving, increased use by youths and young adults, environmental impacts,  and all sorts of other concerns (see, e.g., this SAM "lessons learned" report from March 2018).  It is unclear if these kinds of potentially negative data are fundamental parts of the inquiry imagined by Marijuana Data Collection Act.  If not, I doubt opponents of marijuana reform will want to sign on to this bill.

That said, even if the current version of the "Marijuana Data Collection Act" is in someway incomplete or one-sided, I hope a lot of folks on all sides of the marijuana reform debate will be inclined to try to make the bill better and get it passed.  I sincerely hope nobody disagrees with the notion that sound data and science is needed in this arena, and I sense both sides of the debate sincerely believe that the data, if fairly collected, will be on their side.  So maybe all can come together to really work toward trying to have all the data fairly collected (though I am not holding my breath).