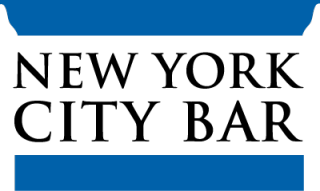 The New York City Bar Association’s Committee on Drugs and the Law (“the Committee”) respectfully submits this report examining and approving the legalization, regulation, and taxation of marijuana for adult non-medical use in New York State and providing support for A.3506-B/S.3040-B (“the Legislation”), which would create a system for the production, distribution, and adult non-medical use of marijuana.  We also recommend, if feasible, minor revisions to the Legislation, as noted herein.  The Committee also takes this opportunity to express its support for the policy of ending criminalization of marijuana, and for taxing and responsible regulation of marijuana...

The Committee on Drugs and the Law supports this Legislation to create a legal, regulated market for adult non–medical use of marijuana in New York State.  New York was the first state to turn away from alcohol Prohibition in 1923, and the Committee hopes the state will show similar leadership on this analogous issue, whether through this Legislation or another vehicle.  Marijuana prohibition is a costly and ineffective policy that has not succeeded in eliminating marijuana use. The failed policy has devastated families and communities, eroded respect for the law, and strained police-citizen relations.  Accordingly, the Committee applauds this Legislation and urges its adoption. Further, regardless of the vehicle, the Committee supports state and federal legislative and policy changes that reduce or eliminate criminalization of marijuana and that permit, tax, and regulate the production, distribution, and adult use of marijuana.

I think it somewhat amusing (and I suppose a bit depressing) that the conclusion of this document notes that New York "turn[ed] away from alcohol Prohibition" only three years after federal Prohibition became effective in January 1920. We are now 48 years since the federal Controlled Substances Act of 1970 gave marijuana the prohibition treatment and New York has still not yet gotten around to turning away.