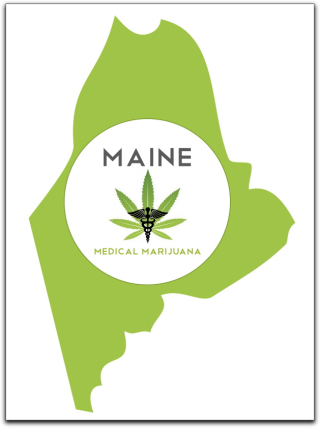 As reported in this AP article, "Maine employers don’t have to pay for medical marijuana under the state workers’ compensation system because federal law supersedes state law, the state supreme court ruled Thursday."  Here is more on this state court ruling and some national context:

The court concluded in a 5-2 decision that federal law takes precedence in a conflict between the federal Controlled Substances Act and the state medical marijuana law. Existing case law demonstrates that an individual’s right to use medical marijuana under state law “cannot be converted into a sword that would require another party” to engage in conduct that violates current federal law, Justice Jeffrey Hjelm wrote for the majority.

The legal case focused on whether a paper mill must pay for medical marijuana prescribed for a worker who was disabled after being hurt on the job in 1989. Madawaska resident Gaetan Bourgoin won an appeal to the Workers’ Compensation Board after arguing that marijuana is cheaper and safer than narcotics. But the Twin Rivers Paper Co. argued that it shouldn’t be required to cover the cost of medical marijuana and that doing so put it in violation of federal law.

The Supreme Judicial Court concluded that the Maine Legislature’s exemption of medical marijuana patients from prosecution under state law “does not have the power to change or restrict the application of federal law that positively conflicts with state law.”

Two dissenting justices wrote that the compelling story of how the injured worker was weaned from opioids by use of medical marijuana justified requiring the reimbursement. “The result of the court’s opinion today is to deprive (the worker) of reimbursement for medication that has finally given him relief from his chronic pain, and to perhaps force him to return to the use of opioids and other drugs...,” Justice Joseph Jabar wrote....

The full 50-page Maine Supreme Judicial Court ruling is available at this link.  Here is how the majority opinion gets started:

After sustaining a work-related injury, Gaetan H. Bourgoin was issued a certification to use medical marijuana as a result of chronic back pain.  He successfully petitioned the Workers’ Compensation Board for an order requiring his former employer, Twin Rivers Paper Company, LLC, to pay for the medical marijuana.  On this appeal from the decision of the Appellate Division affirming that award, we are called upon for the first time to consider the relationship between the federal Controlled Substances Act (CSA) and the Maine Medical Use of Marijuana Act (MMUMA).  We conclude that in the narrow circumstances of this case — where an employer is subject to an order that  would require it to subsidize an employee’s acquisition of medical marijuana — there is a positive conflict between federal and state law, and as a result, the CSA preempts the MMUMA as applied here. See 21 U.S.C.S. § 903 (LEXIS through Pub. L. No. 115-181). We therefore vacate the decision of the Appellate Division.

I'm heartened by the presence of dissents in this case and the decisions from other courts finding the medical marijuana reimbursable. It strikes me as very wrong that a worker would be forced to either subsidize his/her own treatment or be forced to turn to opioids that may have greater health consequences.