"Some Prosecutors Are Erasing Old Weed Convictions. Why Isn’t Yours?" 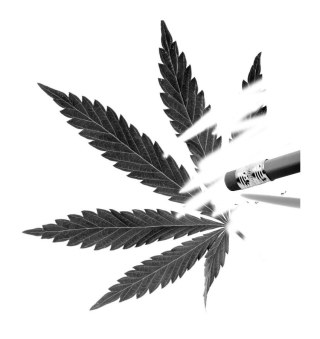 The title of this post is the title of this new HuffPost piece on a topic that readers know is dear to my heart in part due to my work on my most recent article, "Leveraging Marijuana Reform to Enhance Expungement Practices."  Here are excerpts from the HuffPo piece:

The movement is spreading. On Friday, Seattle City Attorney Pete Holmes became the latest top prosecutor to join, asking a city court to vacate all convictions and dismiss all charges for misdemeanor marijuana possession that were prosecuted in the city before the state legalized marijuana for recreational purposes in 2012. Now prosecutors in Denver and Burlington, Vt., are mulling similar measures, their representatives told HuffPost this week.

In Denver, where prosecution of low-level pot offenses has been a low priority for a decade, Ken Lane, a spokesman for newly elected DA Beth McCann, said that while McCann hasn’t retroactively applied Colorado’s laws for post-conviction relief, “she has asked staff to research the matter... in response to what DAs in California are doing.” And in Vermont, which recently became the first state in the nation to legalize marijuana via legislature rather than ballot measure, another prosecutor is making moves.

Justin Jiron, deputy state’s attorney in Chittenden County, Vermont, which contains Burlington, told HuffPost that his office is weeks away from announcing a new policy that will allow individuals to apply to have their past marijuana possession records expunged or sealed regardless of when the conviction took place. It’s not as immediate of a review as San Franciscans and San Diegans can expect, but it’s a meaningful step. “I think the simplest way of looking at it for us is just that these people have convictions that if they were to commit them today they wouldn’t be a crime,” Jiron said. “So it seems unfair to basically saddle them with a conviction for something that is now legal.”

Prosecutors in pot-friendly jurisdictions have enormous power to offer relief for people previously convicted of marijuana offenses in their jurisdiction, but many aren’t using it. California’s marijuana law requires individuals to apply for relief for previous marijuana-related crimes — a process that can be costly and time-consuming. Prosecutors there could greatly speed up the process by following San Francisco’s automatic process, which makes relief more immediate.

Prosecutors in other legal-weed jurisdictions could potentially follow Seattle prosecutor Holmes’ lead and leverage their own state’s laws to move for post-conviction relief for past marijuana offenses. Those state laws, however, are complex and vary tremendously by jurisdiction ― this includes expungement, which does not have a standard definition across jurisdictions, as well as sealing and dismissal. Some states don’t address retroactive relief for past criminal convictions. Some require a governor’s pardon to vacate a conviction. Others allow post-conviction relief but require years-long wait periods, or limit which kinds of convictions can be removed from a person’s record.

But few prosecutors are making moves like Holmes’ — either because they don’t want to, or because state legislatures haven’t passed laws that allow relief for now-legal acts. People convicted of state pot crimes in the past in Washington, Oregon, Nevada, Colorado, Alaska, Vermont, Massachusetts and Maine — all places where the drug is now legal for recreational purposes — may still have violations on their record. And even in California, where the legal marijuana industry is already valued at $7 billion, according to one estimate.

In Los Angeles County, California’s largest by population, District Attorney Jackie Lacey announced in February that individuals will have to continue to apply for relief themselves, “rather than wait for [her] office to go through tens of thousands of case files.” Lacey estimated there were 40,000 felony convictions involving marijuana since 1993 in Los Angeles County. When reached by HuffPost, her office did not have any updates on this decision....

The exact extent to which prosecutors can retroactively apply their state marijuana laws o
r seek to vacate past convictions is a point of debate, and it depends on many complicated factors. This includes a prosecutors’ individual preferences, resources, a state’s laws regarding retroactivity and post-conviction relief, said Lauren-Brooke Eisen, a former prosecutor who is now a senior fellow at New York University School of Law’s Brennan Center for Justice. “There’s no one right answer to this,” Eisen said. “But what’s happening with marijuana in states like California and Colorado, which have built in some of this retroactivity, it does open the door absolutely for a little bit more pushing the envelope by DAs.”

Rodney Holcombe, staff attorney at the Drug Policy Alliance echoed this sentiment, saying it is not enough to simply legalize marijuana because prohibition ravaged many communities. “Tens of thousands of people across the country – especially persons of color – continue to suffer from the consequences of prohibition,” he said. “We cannot in good conscience legalize without repairing the harms wrought by the failed drug war. We can only truly claim victory when we center our efforts on the persons most harmed by prohibition.”