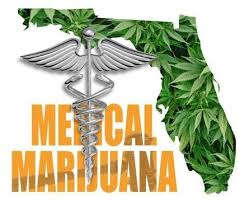 As reported in this local article, a "Leon County circuit court judge ruled Friday afternoon that the state’s ban on smoking medical marijuana is unconstitutional, setting up continued legal fights as the state appeals the decision." Here is more about the ruling:

In a 22-page order, Judge Karen Gievers said that the Legislature's ban on smoking medical cannabis conflicted with the intent of a constitutional amendment that had broadly legalized the drug for medical use after voters approved it in 2016.

She concurred with arguments made last Wednesday by Jon Mills, an attorney for the plaintiffs, contending the definition approved by voters included "all types of medical marijuana," including forms that can be smoked. Mills had also argued that the amendment implicitly recognized smoking in private by recognizing that there was no right to smoke it in public places.

Gievers, in striking down the ban, invoked both George Washington and Thomas Jefferson in her decision and highlighted Washington's characterization of the constitution as a "sacred obligation."

"Just as no person is above the law, the legislature must heed the constitutional rights Floridians placed in the Constitution in 2016," she wrote. "The conflicting, overreaching 2017 statute, while presumably adopted in good faith and with good intentions, cannot be allowed to overrule the authority of the people to protect rights in the Constitution."

Devin Galetta, a spokesman for the state Department of Health, said it would appeal the verdict, resulting in an automatic stay. The notice of the appeal was filed Friday night. "This ruling goes against what the legislature outlined when they wrote and approved Florida’s law to implement the constitutional amendment that was approved by an overwhelmingly bipartisan majority," he wrote.

About 71 percent of Florida voters had approved Amendment 2 in 2016, authorizing the use of marijuana as a medical treatment for people with debilitating conditions. But in a bill implementing the amendment the following year, lawmakers limited the scope of its use to only oils, sprays, tinctures, vaping and edibles. Lawmakers excluded smoking as a method for medical treatment, arguing that smoking would be a "backdoor attempt" at allowing recreational use.

Gievers heard arguments in a one-day trial last week for the case, which was brought against the state last July by John Morgan, an Orlando attorney who also financed the campaign behind the successful constitutional amendment. His suit, filed on behalf of two patients and two advocacy organizations, asked the court to invalidate the implementing law passed by the Florida Legislature and signed by Gov. Rick Scott.

Ben Pollara, who managed the political campaign that helped push the constitutional amendment, said the ruling was a victory both for Florida patients and for voters who supported the amendment.... "The voters of Florida wanted this," he said. "It was clear in the intent language and in the ballot language. ... Smoked marijuana is the most effective and quickest delivery system, period."

He cautioned that Scott, who is running for the U.S. Senate, should reconsider continuing to fight for the smoking ban. "What I would say to Rick Scott and [Attorney General] Pam Bondi is, 'If you decide to appeal this verdict, I think Rick Scott will lose the U.S. Senate race on this issue alone,' " he said.

The full ruling in this case is available at this link.