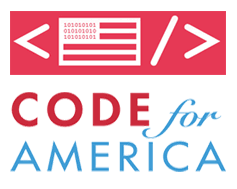 As reported in this local article, headlined "San Francisco will use new technology to automatically reduce marijuana convictions under Prop. 64: 'It’s about leveling the playing field'," a notable player in the tech world is stepping up to aid expungement efforts in California in the wake of marijuana legalization. Here are the details:

When recreational marijuana use was legalized in California, it presented an opportunity to reduce or expunge convictions for possession crimes that made it harder for some people to get ahead in life. Since then, some counties have worked to address those convictions, taking on the lengthy bureaucratic process so that people would not have to wade through the legal world on their own.

San Francisco led the charge, announcing in January that the district attorney's office would retroactively apply the new marijuana law to prior convictions dating as far back as 1975. But for prosecutors, the chance to change those convictions also came with a challenge: It required a lot of resources to plow through thousands of cases.

On Tuesday, Dist. Atty. George Gascón announced what he believes to be the solution. San Francisco is working with a nonprofit organization to create a program that would automatically clear eligible convictions under California's new marijuana legalization law. The program, created by Code for America, will allow the district attorney's office to use new technology to determine eligibility for record clearance under state law, automatically fill out the required forms and generate a completed motion in PDF format. The district attorney's office can then file the completed motion with the court....

In February, Los Angeles County Dist. Atty. Jackie Lacey said petitioning through the courts would be faster for people seeking relief than waiting for her office to review the case files. The same month, the Los Angeles County Board of Supervisors approved a motion to develop a plan to help make it easier for people to reduce or clear minor pot convictions. The Los Angeles County district attorney's office estimates there have been 40,000 felony convictions involving pot-related offenses since 1993. It is unclear how many of those people are eligible for relief or how many have petitioned for it.

Although "drug use in this country has not been limited to people of color" in California, minorities — particularly African Americans and Latinos — have been arrested and jailed for marijuana offenses at much higher rates than white people, Gascón said. Many of those affected are poor, he added, or lack the resources needed to change their criminal records on their own. "It's about leveling the playing field," he said. "Justice is supposed to be about fairness and equity."...

The district attorney's office said Gascón and Code for America began exploring the possibility of automating the process in February, after recognizing how "resource intensive" it was to wipe out or reduce convictions. Some 962 motions to dismiss a misdemeanor marijuana conviction have been prepared, 528 have been submitted to the San Francisco Superior Court and 428 have been granted, the district attorney's office said, but felony convictions take longer because they require an analysis of rap sheets in order to determine eligibility.

Code for America plans to expand the pilot program to other California counties with the target of clearing 250,000 convictions by 2019. The organization has previously delved into the realm of criminal justice: In 2016, it created Clear My Record, an online application that connects people with lawyers to clear criminal records across California.

"By reimagining existing government systems through technology and user-centered design, we can help governments rethink incarceration, reduce recidivism, and restore opportunity," Code for America Executive Director Jennifer Pahlka said in a statement. The program, she said, will demonstrate that "our institutions can deliver on the promise voters intended when they passed propositions like Proposition 64."

Regular readers perhaps already know that I am eager to follow-up this story by plugging my new paper written for a forthcoming issue of the Federal Sentencing Reporter focused on the intersection of marijuana reform and ameliorating collateral consequences.  Among the themes of that paper is the opportunity that marijuana reform presents for building a more robust infrastructure for helping individuals access existing expungement remedies.  In my writing, I was thinking primarily about building up government infrastructures here, but this new development is a great indication of how technological infrastructure can develop to extend the benefits of marijuana reform in various ways.