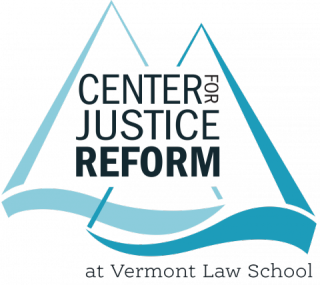 As explained in this recent press release, the Center for Justice Reform at Vermont Law School is taking an active role in helping Vermont's recent marijuana reform become consequential for persons with certain prior marijuana convictions. Here are the details (with links from the original):

Under Vermont law, 13 VSA §7606, once a conviction is expunged, a person may lawfully claim that he or she was never arrested, convicted, or sentenced for the marijuana possession offense.  While Vermont affords these protections for expunged offenses, other states and the federal government may treat the effect of the expungement differently.

During each Expungement Day, Professor Robert Sand, director of the Center for Justice Reform, VLS students, and other volunteers will educate community members about how to complete an expungement petition.  Though volunteers will not provide legal advice, by the end of the session, participants will have a completed expungement petition ready for filing.  Both State’s Attorneys have agreed to accept the petitions and file them with their respective courts.

“When a person has paid their debt by virtue of a criminal conviction, that should be finite — they shouldn’t keep paying” said Sand in a VPR interview earlier this year. “There is room within our judicial system — and it should be appropriately resourced — for court to be a place where rights are restored.”  Participants in Expungement Day should plan to bring valid, government-issued photo identification as well as any records they have related to their prior misdemeanor marijuana offense, to include the original docket number. For more information about Expungement Day, email justicereform@vermontlaw.edu.

Expungement Day is supported with a generous contribution by the Pennywise Foundation.