"Can the Mass. marijuana industry help heal communities devastated by the War on Drugs?" 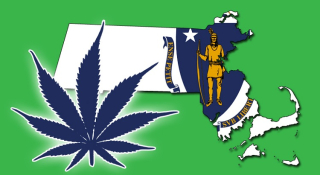 The question in the title of this post is the headline of this recent Boston Globe article.   (At the risk of getting redundant, I will again note ow this press piece is related in theme to my most recent article, "Leveraging Marijuana Reform to Enhance Expungement Practices.")  Here are excerpts from the Globe piece:

One key to the effort: giving a head start in the rush for cannabis licenses to companies that are led by or employ minorities, to people with past marijuana convictions, or to residents of low-income neighborhoods with high arrest rates for drug crimes. All other companies that grow, process, or sell pot, meanwhile, are required to help those communities, and are limited in the size of their operations. The Massachusetts Cannabis Control Commission will also launch a training program for inexperienced pot entrepreneurs.

The provisions spring from a simple premise: People of color were disproportionately prosecuted and jailed amid the nation’s “war on drugs,” even though whites had similar rates for using or selling marijuana. It would be unfair, proponents argued, to allow the windfall of a now-legal cannabis industry to flow only to the already privileged, while those who suffered the most under pot prohibition remain frozen out. “We’re going to use this moment to try to rebalance the scales — or, at the very least, to stop creating new unbalanced scales,’’ said state Senator Sonia Chang-Diaz, who helped to write the so-called equity provisions into state law.

While it may seem radical to give previously incarcerated people the right to sell a product that was illegal until recently, the equity provisions so far haven’t been particularly controversial. Even Walpole Police Chief John Carmichael, a fierce critic of legal marijuana, is on board. “It’s going to open the door for people who just wouldn’t otherwise have the ability and financial background to break in,” Carmichael said. “We have to give them a chance.”

As the commission developed its regulations this year, county prosecutors asked the agency to bar people convicted of trafficking certain still-illegal drugs such as heroin or fentanyl from even working at a cannabis company. “This is not an area for permissiveness,” the Massachusetts District Attorneys Association warned in a letter. The cannabis commission partially acquiesced, restricting such people to administrative positions that don’t involving handling marijuana products.

For owners of cannabis businesses, the bar is higher than for their employees. People convicted of serious crimes, including nonmarijuana drug felonies, firearm violations, and sex offenses, cannot own licensed pot companies. However, businesses can hire people with records for possessing opioids, for example, and receive preferential treatment if they employ enough people with criminal records. People convicted of large-scale marijuana trafficking may qualify under the rules, though some might have related convictions that would automatically disqualify them anyway. The commission also has discretion to reject any applicant.

Marijuana equity programs elsewhere operate only on the local level, and have a limited track record. Oakland, Calif., for example, this year adopted a policy that reserves more than half of the city’s licenses for equity applicants, and most of the rest for large companies that agree to host and mentor them. The system has indeed helped people of color break into the business — but it’s also drawn sharp backlash from smaller companies that do not qualify.

Massachusetts has taken a less restrictive approach. The primary initiative underway provides expedited review to applications from companies that meet certain criteria — those owned by people from places with high rates of poverty and drug arrests, for example, or that employ mostly people with drug-related convictions. It’s an important benefit, as many Massachusetts communities limit the number and locations of pot businesses, giving a big advantage to the first stores.

Later this year, the commission will work with community groups to develop a crash course in business planning and fund-raising for entrepreneurs who were arrested or live in so-called communities of disproportionate impact. Those entrepreneurs will also be exempt from many state fees and will be allowed to open pot-delivery services and lounges ahead of other companies if the commission decides to issue those licenses....

Entrepreneurs who do not have drug convictions or arrests can still qualify if they show their business will benefit poorer communities with high arrest rates. For example, Dishon Laing dreams of opening an alternative health center in his native Dorchester that would offer yoga, vegan food, and cannabis. He, too, wants to hire people with criminal records, and also plans to run drug education programs for teenagers. “Everything we do is connected to giving back,” said Laing, a city public health worker. “I know my partners and I will face stigma based on being people of color and the industry we’re in, but we want to show that we’re actually improving our communities.”

Another requirement is intended to recruit marijuana companies that don’t qualify for the equity program to the cause: All applicants must show how their businesses will benefit communities hurt by the drug war. For example, Sira Naturals, a larger medical marijuana operator that’s seeking recreational licenses, plans to host an incubator for equity applicants at its growing facility in Milford. Licensed marijuana businesses must also write and adhere to a diversity plan that promotes gender equity and the employment of veterans, LGBT people, and people with disabilities.

The commission also offers incentives: Companies that provide money and mentoring to entrepreneurs from “areas of disproportionate impact” can get the cannabis equivalent of a Good Housekeeping seal of approval: a “social justice leader” label affixed to their product packaging. State officials also have moved to protect smaller equity businesses by banning larger companies from holding more than three licenses of any type and capping each company’s cultivation area at 100,000 square feet.

All these advantages, however, may not help applicants overcome the biggest hurdle: winning approval from local officials for the location and opening of their businesses. Somerville and other municipalities are considering local versions of the equity program, but none have been adopted yet. Advocates are worried established companies — such as existing medical dispensaries, which are nearly all white-owned — can outbid smaller players by offering communities generous financial packages.

“Cities and towns need to step up, or in a few years we’ll see we had this opportunity to put diversity into action and we failed,” said Ross Bradshaw, who hopes to open a pot business in a Worcester neighborhood designated as an area of disproportionate impact. “There are going to be municipalities that only allow three licenses, and two are going to medical marijuana companies. That’s less opportunity for people of color.”

Cannabis commissioner Shaleen Title, who championed the equity initiatives, acknowledged they are hardly a cure-all. But Title is heartened by the early numbers: 68 applicants have cleared a first hurdle in the process for licensing, and more than 100 more under review. Those people would have their applications reviewed ahead of others. “We’ll never be able to repair the damage caused by drug prohibition, but these programs at least begin to help provide a fair shot,” Title said. “Think about having a conviction that was based on unfair enforcement, and how that holds you back in so many different ways — we want to make that right.”