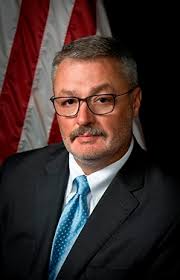 As reported in this new pres article, there is interesting news out of Oregon concerning federal marijuana enforcement.  Here are the details (with my emphasis added):

Federal prosecutors will target the illicit marijuana market, organized crime, outlaw grows and operations that "pose a substantial risk of violence" under new guidelines for cannabis enforcement in Oregon made public Friday.

Billy Williams, the U.S. attorney for Oregon, issued the guidelines in response to U.S. Attorney General Jeff Sessions' decision earlier this year to scrap an Obama-era policy that largely tolerated marijuana in states where the drug is legal. The memo represents the first marijuana policy announcement by a U.S. attorney in a state that's home to a legal market since the Sessions' move.

Williams' enforcement priorities in some ways represent a continuation of the approach under President Obama, such an emphasis on overproduction and trafficking, protecting minors and going after organized crime.

After hearing from property owners across the state upset about the cannabis industry's drain on natural resources, Williams also singled out pesticide use on illegal growing operations and consumption of large amounts of water without "proper authorization" as additional priorities. Gov. Kate Brown has pressed Williams to pledge he won't go after legal marijuana businesses, but he said, "I will not make broad proclamations of blanket immunity from prosecution to those who violate federal law."

"I am not going to advise clients to shutter their businesses and I frankly don't think this will change anyone's view on investment," said Dave Kopilak, a Portland lawyer who advises cannabis businesses. "I don't think this will have a chilling effect on the investment side of things. It could have been worse," he added. "It could have been better, but this is definitely down the middle of the road and a continuation of what we have done for years."

Williams makes clear that he remains frustrated with the state's failure to contain production. He called for state regulators to collect "comprehensive and accurate data" on the scope of marijuana production and distribution and chided officials for not devoting enough resources to oversee and enforce their own regulations.

Williams said he has pressed state officials ever since about the status of that report. "I have asked repeatedly, 'Will we see a final report?' and I have never gotten an answer," he said. "I had been told a year ago that there were multiple drafts of that report and then I just stopped hearing about it."

On Friday, State Police Superintendent Travis Hampton told The Oregonian/OregonLive that his agency does not plan to issue any analysis of marijuana data or trends. He said he expects that work to be completed by the federally funded regional High Intensity Drug Trafficking Area program. Williams said he also has told the governor's senior policy adviser on marijuana, Jeff Rhoades, that he'd like to see limits on licenses for marijuana producers and retailers. He said Rhoades has told him that officials want to encourage black market operators to enter the legal arena. "I don't understand that thinking," Williams said, "because that is not occurring."

Williams called the flood of cannabis out of state a top priority, saying large amounts of Oregon-grown marijuana have been seized in 30 states. "There can be no doubt that there is significant overproduction of marijuana in Oregon," Williams said in his memo. "As a result, a thriving black market is exporting marijuana across the country, including to states that have not legalized marijuana under their state laws." Williams said in addition to criminal prosecution, his office will use asset forfeiture, civil litigation and administrative enforcement to carry out his priorities.

The full four-page memo from US Attorney Williams is available at this link, and I share the view that this is a "down the middle of the road" approach being adopted for prosecution priorities that largely echoes many aspects of the now-repealed Cole Memo.  What I find especially notable and interesting is the seeming disinterest of some in Oregon concerning possible  tighter regulation of its legalized marijuana industry.  In some respects, it seems action by US Attorney Williams may be more a reaction to local concerns about local failing than a reflection of any particular policy direction coming from the Justice Department in DC.