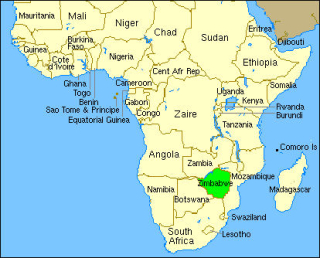 As reported in this article, headlined "Zimbabwe legalises marijuana for medicinal use: Decision is a step away from the country's traditionally tough stance on drugs," a notable nation on a notable continent is the latest to join the ranks of marijuana reformers:

Zimbabwe has made it legal to produce marijuana for medicinal and scientific uses.

It follows in the footsteps of Lesotho, the tiny nation which last year became the first in Africa to issue a license for medical marijuana.

Zimbabwe has been considering legalising the drug for a number of months, and will now become one of the few countries able to turn it into a source of revenue. Previously, production and possession of the drug could bring up to 12 years in prison, although recreational use remains illegal.

The move is a step away from Zimbabwe's traditionally tough stance on drugs. In the past, members of parliament in the largely conservative country who had advocated for legalisation were often mocked.

Much of Africa still criminalises the production and use of marijuana but countries including Malawi and Ghana are reportedly exploring ways they too can legalise it.

A South African court last year ruled that private use of marijuana was legal but the government appealed against the ruling at the constitutional court.