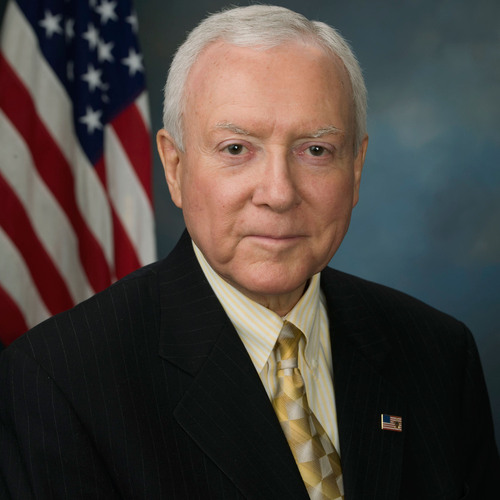 As reported in this new press release, "US Senators Orrin Hatch (R-UT) and Kamala Harris (D-CA), both members of the Senate Judiciary Committee, sent a letter today to US Attorney General Jeff Sessions urging the Drug Enforcement Administration (DEA) to cease efforts to slow medical marijuana research, following reports that the Department of Justice was blocking medical marijuana research efforts by delaying approvals for manufacturers growing research-grade medical marijuana."  Here is more from the text of the letter:

We write to request that you enable the Drug Enforcement Administration (DEA) to fulfill its charter of lawfully registering manufacturers of the controlled substance of marijuana for research without delay. Research on marijuana is necessary to resolve critical questions of public health and safety, such as learning the impacts of marijuana on developing brains and formulating methods to test marijuana impairment in drivers.

To date, it has been federal practice that only one manufacturer — the University of Mississippi — is licensed to produce marijuana for federally-sanctioned research. Historically, as the DEA has noted, that single manufacturer could meet the minimal demand for research. However, the DEA changed its policy nearly two years ago because, as it explained, “There is growing public interest in exploring the possibility that marijuana or its chemical constituents may be used as potential treatments for certain medical conditions,” and the DEA — along with the Food and Drug Administration (FDA) and the National Institutes of Health (NIH) — “fully supports expanding research into the potential medical utility of marijuana and its chemical constituents.”

As of August 11, 2016, 354 individuals and institutions were approved by the DEA to conduct expansive research on marijuana and its related components. Those researchers needed access to a federally compliant expanded product line—they needed to study different types of marijuana and across various delivery mechanisms. Accordingly, a diverse, DEA-vetted market of suppliers of research-grade marijuana would be critical. Since the DEA’s Federal Register Notice on August 12, 2016, at least 25 manufacturers have formally applied to produce federally-approved research-grade marijuana....

We write this letter because research on marijuana is necessary for evidence-based decision making, and expanded research has been called for by President Trump’s Surgeon General, the Secretary of Veterans Affairs, the FDA, the CDC, the National Highway Safety Administration, the National Institute of Health, the National Cancer Institute, the National Academies of Sciences, and the National Institute on Drug Abuse. In order to facilitate such research, scientists and lawmakers must have timely guidance on whether, when, and how these manufacturers’ applications will be resolved.

The benefits of research are unquestionable. Research will give law enforcement guidance to do their jobs:protecting drivers on the roads, protecting kids in schools, and maintaining law and order. Ninety-two percent of veterans support federal research on marijuana, and the Department of Veterans’ Affairs is aware that many veterans have been using marijuana to manage the pain of their wartime wounds. America’s heroes deserve scientifically-based assessments of the substance many of them are already self-administering.

By allowing expanded research, the Department of Justice will aid legislators in making sound decisions, help law enforcement in developing critical public safety guidance, and ensure that citizens have the benefit of informed, evidence-based policy.