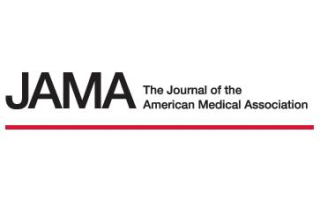 The title of this post is the title of this  new Viewpoint commentary authored by Lawrence Gostin, James Hodge, and Sarah Wetter published earlier this week on line at JAMA. Here is how it concludes:

Although public opinion and state action have trended strongly toward permitting use of marijuana, especially for medical purposes, controversy continues to exist.  The specter of federal prosecution could refrain physicians, patients, and dispensaries from providing marijuana in states where the drug is lawful and dissuade additional jurisdictions from legalizing marijuana.  Public policy formed and implemented in the context of inconsistent federal and state laws, unpredictable legal enforcement, and insufficient scientific evidence is unsustainable.  Rational policies should follow a 3-pronged agenda.

Sound policy requires a strong evidence base.  Scientific studies could quell ongoing disagreements about marijuana’s medical effectiveness, harms, and status as a gateway drug.  Yet limited funding and restrictive access to uniformly high-quality cannabis have sharply curtailed longitudinal studies on a drug already in wide use. Physicians require rigorous evidence to inform prescribing practices and counseling of patients.  At present, wide regional variations in prescribing practices exist, and patients do not have access to consistently high-quality, uncontaminated cannabis — where the purity, potency, and dosage can be ensured.  Health officials, moreover, rarely conduct careful surveillance of marijuana use incidence, prevalence, and outcomes.  Public policy on a potentially hazardous psychotropic drug is difficult when short- and long-term effects across populations are underreported, insufficiently studied, and poorly funded.

Substantial variability of legal approaches to marijuana use exists across jurisdictions and between states and the federal government.  Individuals in certain jurisdictions can lawfully access marijuana for medical use, recreational use, or both, whereas individuals in other jurisdictions cannot do so.  Conditions under which physicians can prescribe (or patients can access) marijuana fluctuate extensively.  Federal law is inconsistent with policy in virtually all states.  The CSA should be revised to operate harmoniously with prevailing state law. Model legislation for medical use of marijuana, based on scientific evidence, could help reconcile activities across jurisdictions.

Under US constitutional design, states and localities are laboratories for innovation, with state sovereignty and local home rule respected and preserved.  This requires federal prosecutorial discretion to hew to the legal environment of states that have legalized marijuana use.  Respecting marijuana laws is essential in states where cannabis is prescribed and used for medical purposes.  On an issue as consequential as marijuana, the nation needs consistent legal norms based on the best available scientific evidence.