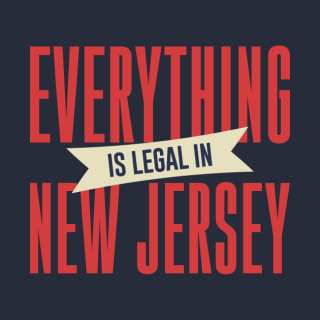 One of many great lines in the great musical Hamilton is "Everything is legal in New Jersey."   But that is not quite right with respect to marijuana yet, though the recent election of a Governor who ran advocating for marijuana reform led to many reform advocates thinking the Garden State could become the next big legalization state.  But, as is often the case, legislative reform is full of complications, and this New York Times article highlights how completing views on racial justice is shaping the debate in New Jersey.  The piece is headlined "Racial Justice Drives Fight for, and Against, Legal Pot in New Jersey," and here are excerpts:

During his campaign for governor of New Jersey, Philip D. Murphy, a Democrat, pledged to legalize the recreational use of marijuana, telling Democrats at a party conference last year in Atlantic City that creating a new tax revenue was not what was motivating him.

“People ask me all the time, ‘Hey, are you sure you can generate $300 million from the legalization of marijuana?” Mr. Murphy said, citing a figure that his campaign had trumpeted. “I say, ‘You know what, I’m not sure, but that’s not the question. We’re not doing it for the dollars. We’re doing it for social justice.’”

Mr. Murphy argues that the disproportionate number of African-Americans who are jailed on marijuana charges is a main reason to legalize the drug, and he has the support of civil rights groups, cannabis business lobbyists, lawyers, doctors who prescribe medical marijuana and out-of-state cannabis growers.

But now that Mr. Murphy occupies the governor’s office, a major legislative obstacle is emerging: Ronald L. Rice, the state’s longest-serving black senator and the leader of its Black Caucus. “It’s always been said the issue is not money, the issue is social justice,” said Mr. Rice, a Democrat and a former Newark police officer. “But, it’s being sold on the backs of black folk and brown people. It’s clear there is big, big money pushing special interests to sell this to our communities.”

The growing and selling of marijuana has already generated billions of dollars in the nine states where it is legal — but it is an industry that is overwhelmingly white. Mr. Rice fears the consequences would be dire in cities like Newark, which is already wrestling with a variety of problems, including widespread heroin addiction and a foreclosure crisis. Cannabis stores, he believes, would proliferate in black communities, much like liquor stores, and would produce a new generation of drug abusers....

His position on cannabis legalization not only puts him at odds with the governor and members of his party, but also with many African-Americans.

In New Jersey, African-Americans are three times more likely to be charged with marijuana possession than whites, even though both populations use the drug at similar rates. That has galvanized civil rights groups like the N.A.A.C.P. and the American Civil Liberties Union of New Jersey to support legalization. “All the collateral consequences that come with an arrest — jail time, losing your job, losing your housing — are disproportionately falling on communities of color,” said Dianna Houenou, a lawyer with the A.C.L.U. of New Jersey. “Through legalization we can begin to address the harms that have been inflicted.”

A statewide coalition of black pastors, the N.A.A.C.P. and the New Jersey chapter of the Drug Policy Alliance is pushing for legalization as a social justice issue, but only if it is linked to some type of compensation for the harm they say was done to black and brown families whose sons were incarcerated. The pastors said they wanted to make sure members of their communities were able to participate in the billion-dollar cannabis industry as growers and sellers, not just workers. They are frustrated that the wealth being generated in the other states where marijuana is legal is not reaching people of color.

Researchers at Marijuana Business Daily, an industry news site based in Denver, found that 81 percent of cannabis business owners were white, while less than 4 percent were black....

At a marijuana legalization forum held recently at Bethany Baptist Church in Newark, the Rev. Charles Boyer of Bethel A.M.E. Church in Woodbury said the worst thing that could happen was for communities most harmed by the prohibition to not have a say about legalization. “Do we want to be the ones responsible for playing a part in a system that will make tons of young white millionaires after years of making hundreds of thousands of poor black felons?” Pastor Boyer said.

The Drug Policy Alliance is lobbying for a bill that includes the automatic and retroactive expungement of criminal records for possession, making permits for cannabis shops affordable so that the market is accessible to lower-income entrepreneurs, and a commitment that a portion of the revenue from marijuana sales be used to provide education and job training for people of color. Some social justice activists are also calling for allowing people to grow their own cannabis plants.

State Senator Nicholas Scutari, a Democrat from Linden, is the author of a bill that would legalize the possession of small amounts of marijuana for anyone over 21 and would establish a state Division of Marijuana Enforcement. But it does not include any language discussing compensation. Mr. Scutari agrees that arrests for marijuana possession are disproportionately higher for blacks and Latinos and says his bill addresses the issue of social justice. “The individuals that are previously convicted of marijuana possession will no longer be subject to prosecution,” Mr. Scutari said....

For his part, Mr. Rice has proposed his own marijuana bill that would decriminalize the possession of 10 grams or less of marijuana, and make carrying more a disorderly persons charge that would impose only a fine. It would also expunge criminal records and release incarcerated people serving sentences for possessing small amounts of marijuana. But Mr. Scutari said that decriminalization would simply create an open-air drug market that would allow drug dealers to get richer without creating any kind of regulatory system to control how marijuana is sold.

Ultimately, any effort to promote civil rights could depend on what kind of bill Mr. Murphy is willing to sign. In a statement, Daniel Bryan, a spokesman for the governor, said that Mr. Murphy was committed to “the goal of building a stronger and fairer New Jersey, and supports the legalization of marijuana to advance the cause of social justice and combat the racial disparities in our criminal justice system.”