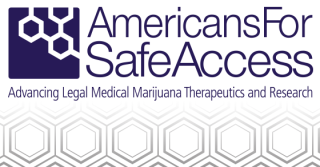 The advocacy group Americans for Safe Access regularly produces reports on the state of state medical marijuana laws, and this latest 2018 version of ASA's “Medical Marijuana Access in the United States: A Patient-Focused Analysis of the Patchwork of State Laws” now runs almost 200 pages.  I recommend the report in full for everyone interested in medical marijuana information, and here is part of the report's preface:

For over fifteen years, Americans for Safe Access (ASA) has engaged state and federal governments, courts, and regulators to improve the development and implementation of state medical cannabis laws and regulations.  This experience has taught us how to assess whether or not state laws meet the practical needs of patients. It has also provided us with the tools to advocate for programs that will better meet those needs. Passing a medical cannabis law is only the first step in a lengthy implementation process, and the level of forethought and advance input from patients can make the difference between a well-designed program and one that is seriously flawed.  One of the most important markers of a well-designed program is whether or not all patients who would benefit from medical cannabis will have safe and legal access to their medicine without fear of losing any of the civil rights and protections afforded to them as American citizens....

Today, we have a patchwork of medical cannabis laws across the United States.  Thirty states, the District of Columbia, Guam, and Puerto Rico have adopted laws that created programs that allow at least some patients legal access to medical cannabis.  Most of those thirty states provide patients with protections from arrest and prosecution as well as incorporate a regulated production and distribution program.  Several programs also allow patients and their caregivers to cultivate a certain amount of medical cannabis themselves.  While it took a long time for states to recognize the importance of protecting patients from civil discrimination (employment, parental rights, education, access to health care, etc.), more and more laws now include these explicit protections.

However, as of 2017, none of the state laws adopted thus far can be considered ideal from a patient’s standpoint.  Only a minority of states currently include the entire range of protections and rights that should be afforded to patients under the law, with some lagging far behind others.  Because of these differences and deficiencies, patients have argued that the laws do not function equitably and are often poorly designed, implemented, or both.  As production and distribution models are implemented, hostile local governments have found ways to ban such activity, leaving thousands of patients without the access state law was intended to create. Minnesota, for example, despite setting up a regulatory system for the production, manufacturing, and distribution of cannabis oil extracts, prohibits qualified patients from using the actual plant.  These laws include sanctions for qualified patients who seek to use their medicine in whole plant form, unnecessarily eliminating clinically validated routes of administration used by hundreds of thousands of patients.  Some states have taken years to implement their medical cannabis laws leaving patients waiting years before their medicine is available.