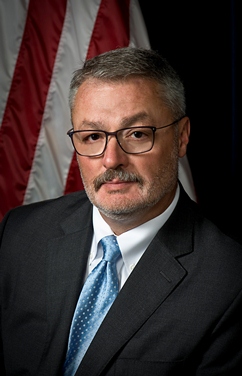 Billy J. Williams, the United States Attorney for the District of Oregon, has this fascinating new newspaper commentary under the headlined "U.S. Attorney: A call for transparency and action on marijuana." Here is most of what it says:

Overproduction creates a powerful profit incentive, driving product from both state-licensed and unlicensed marijuana producers into black and gray markets across the country. This lucrative supply attracts cartels and other criminal networks into Oregon and in turn brings money laundering, violence, and environmental degradation.

A survey of recent federal cases in Oregon illustrates alarming trends: in the last six months, federal agents and port police have seized over $1 million in cash linked to marijuana transactions passing through Portland International Airport; law enforcement partners from 16 states have reported marijuana seizures from Oregon. In the first half of 2017, in-state production of butane hash oil resulted in six separate lab explosions. And police and sheriff deputies regularly encounter vehicles with hundreds of pounds of marijuana on highways heading out of state.

We also know that even recreational marijuana permitted under state law carries ill-effects on public health and safety, as Colorado's experience shows. Since 2013, marijuana-related traffic deaths have doubled in Colorado. Marijuana-related emergency and hospital admissions have increased 35 percent. And youth marijuana use is up 12 percent, 55 percent higher than the national average. We must do everything in our power to avoid similar trends here in Oregon.

As U.S. Attorney, I have traveled throughout the state to meet with community leaders and citizens to discuss distinctive issues facing rural Oregonians.  Many of these conversations quickly turn to marijuana.  Landowners throughout central and southwestern Oregon have legitimate concerns that marijuana cultivation has had a detrimental effect on water rights, public lands and livability.

Rural communities simply do not have the resources to fund the additional police and sheriff deputies needed to address these issues. While state officials have allocated a portion of marijuana tax revenues to public safety organizations including the Oregon State Police, the net effect on enforcement remains an open question. Moreover, can 20 Oregon Liquor Control Commission marijuana enforcement specialists adequately police thousands of recreational licensees?

We don't know the answer to these questions, in part, because the state has yet to release a final version of its report evaluating out-of-state diversion, distribution to minors, cultivation on public land and violent crime associated with marijuana in Oregon.  We need this information to move forward smartly, effectively, and transparently.

In sum, I have significant concerns about the state's current regulatory framework and the resources allocated to policing marijuana in Oregon.

Congress's judgment on marijuana activity is reflected in the Controlled Substances Act.  Before charting a path forward for the enforcement of marijuana in Oregon, we must see how the state mitigates the public safety and health issues raised here.  The time for informed action is now.

In the coming days, I will send invitations to federal, state, local and tribal law enforcement, public health organizations, Oregon marijuana interests and concerned citizen groups to attend a summit to address and remedy these and other concerns.

This summit and the state's response will inform our federal enforcement strategy.  How we move forward will depend in large measure on how the state responds to the gaps we have identified.  Until then it would be an inappropriate abdication of my duties to issue any blanket proclamations on our marijuana enforcement strategy in light of federal law.

This commentary and its coming echoes confirms what has been one of my thoughts since Attorney General Sessions' recent decision to rescind the Cole Memo (basics here and here): each US Attorney in each US district is now able to be (and perhaps inevitably will become) the chief regulatory officer for marijuana reform in that jurisdiction.  This commentary is a clear statement that this US Attorney is concerned that Oregon's state reforms and regulations are not working, and he is going to have a quasi-regulatory hearing with interested parties, and then (perhaps) he will issue some "regulations" in the form of some explanation of the types of federal marijuana crimes and criminals he will be eager to prosecute in the near future.