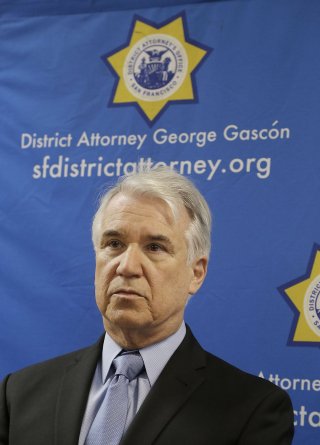 This new local article, headlined "SF will wipe thousands of marijuana convictions off the books," reports on an interesting and encouraging development int he Bay area. Here are the details:

San Francisco will retroactively apply California’s marijuana-legalization laws to past criminal cases, District Attorney George Gascón said Wednesday — expunging or reducing misdemeanor and felony convictions going back decades. The unprecedented move will affect thousands of people whose marijuana convictions brand them with criminal histories that can hurt chances of finding jobs and obtaining some government benefits.

Proposition 64, which state voters passed in November 2016, legalized the recreational use of marijuana in California for those 21 and older and permitted the possession up to one ounce of cannabis. The legislation also allows those with past marijuana convictions that would have been lesser crimes — or no crime at all — under Prop. 64 to petition a court to recall or dismiss their cases.

Rather than leaving it up to individuals to petition the courts — which is time consuming and can cost hundreds of dollars in attorney fees — Gascón said San Francisco prosecutors will review and wipe out convictions en masse. The district attorney said his office will dismiss and seal more than 3,000 misdemeanor marijuana convictions in San Francisco dating back to 1975. Prosecutors will also review and, if necessary, re-sentence 4,940 felony marijuana cases, Gascón said. “Instead of waiting for people to petition — for the community to come out — we have decided that we will do so ourselves,” Gascón said. “We believe it is the right thing to do. We believe it is the just thing to do.”

He made the announcement at a news conference at which he was joined by city Supervisors Malia Cohen and Jeff Sheehy, along with Nicole Elliot, director of the city’s Office of Cannabis, Laura Thomas of the Drug Policy Alliance reform group, and the Rev. Amos Brown, president of the San Francisco chapter of the NAACP.

Advocates for poor and minority communities have long complained that marijuana laws are applied disproportionately to the impoverished and people of color. A 2013 study by the American Civil Liberties Union found that African Americans were more than twice as likely to be arrested for marijuana possession as whites, despite similar levels of use. In San Francisco, African Americans were four times as likely as whites to be arrested for possession, the study found. A marijuana conviction can affect whether a person qualifies for federally subsidized housing, student loans and disability insurance....

According to the Drug Policy Alliance, nearly 5,000 people statewide have petitioned courts to have their marijuana convictions expunged since Prop. 64 took effect. In San Francisco, however, fewer than two dozen people have done so, Gascón said. His office is believed to be the first in the state to move to clear old marijuana convictions, Gascón said. Most of the work will be done outside of courtrooms, and those affected won’t be required to show up for court.

Misdemeanor clearances will begin immediately, but felony cases “will take a little more time,” Gascón said. Those who were convicted of felony marijuana counts that were tied to other offenses may not be eligible to have their cases expunged under Prop. 64. Gascón said he will have a limited number of attorneys and paralegals going over such cases at first, but may assign more depending on the workload. “It’s evolving,” he said. “It will be a lot of clerical work, and we will evaluate as we start reviewing felonies.”

Prosecutors will also have to coordinate with the state attorney general’s office to make sure cases are updated in the state system.

Gascón said he hopes his undertaking will prompt other jurisdictions to follow suit. “We’re hoping what we are doing here will not only benefit San Francisco,” he said. “We’re hoping other elected officials around the state will say this is the right thing to do.”

On Jan. 9, Assemblyman Rob Bonta, D-Oakland, introduced a bill that would make it easier for many people statewide to have marijuana convictions expunged. The legislation, AB1793, would “allow automatic expungement or reduction of a prior cannabis conviction.” However, the number of such convictions throughout California over the years runs into the millions. Opponents of the bill have said ordering courts to expunge them on a broad scale could cost millions of dollars.