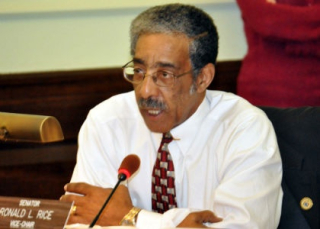 The notable question in the title of this post is prompted by the last sentence of this notable recent commentary, headlined "Marijuana Legalization Is Not the Answer to the Injustices of the War on Drugs," authored by New Jersey State Senator Ronald L. Rice. Here is the bulk of the piece (with one particular line stressed for follow-up commentary):

In 1982 President Ronald Reagan declared a war on drugs. He promised to fund a major campaign against drugs and to develop a plan to carry out his war.  Reagan’s declaration followed that of President Richard Nixon, whose effort to vilify people of color and tear apart their communities began when he used those same words in 1971.  The ‘war on drugs’ theme of these administrations was the political rhetoric that ultimately became the statutory and legislative foundation over the years for the United States’ domestic policy.

The campaigns launched by these administrations were designed to change the public’s perception of the use of drugs. They were intended to demonstrate that the administrations of Nixon and Reagan were concerned about public safety, crime prevention and victims of crime.  As a result, African-Americans and Latinos became the target.  And the public perception became that these groups were responsible for the immoral habits, practices and crime such as drug use, possession, sales, prostitution, and bad conduct in general.

The war on drugs was a racially divisive campaign that put countless numbers of black people behind bars, became a political tool for the government and a money-making venture for too many in America. African-American communities to this day suffer from discriminatory practice of mass incarceration of black people.  The use and violation of drug laws by whites and blacks are reasonably proportionate; however, the enforcement effort disproportionately affects minorities.

In fact, the American Civil Liberties Union found that in New Jersey, blacks are arrested for marijuana possession at three times the rate of whites, despite similar usage rates. There is also disparity in sentencing, with blacks often receiving longer and more severe sentencing, for the same type and similarly-situated crimes.

In states that have legalized recreational marijuana, such as Colorado, black people are still arrested at a rate of nearly three times greater than whites for a violation of marijuana laws. There are more children being exposed with calls to poison control centers increasing, nearly half of the cases a result of a child ingesting an edible product. There are more babies born with THC in their system due to the mother’s use of marijuana than there were prior to legalization of recreational marijuana, and much we don’t know about the extent of harm this could cause.  And there is a lot of money being made by business people and investors, who are largely white, at the expense of people of color. Their profits are also coming at the expense of newborn babies, children and the poor....

Legalizing recreational marijuana would without a doubt produce in New Jersey’s urban communities, more so than any other community, unintended consequences.  It would continue the problems we are seeing now, such as racial profiling and disparity in arrests and incarceration.  It would mean increased homelessness and undoubtedly it would mean increased crime.  It would only compound the unequal outcomes caused by the so-called war on drugs.

The legalization of recreational marijuana is not the answer to the injustice, disparity issues and the discriminatory arrests of people of color.   We can begin the process of righting the wrong by passing legislation that will decriminalize marijuana use and possession, releasing people from jails and prisons who are incarcerated for use and possession of marijuana, and by expunging their records.

This we can do without passing another Jim Crow law that disproportionately harms people who historically have seen the most suffering as a result of the War on Drugs.

I have reprinted much of this commentary because I consider Senator Rice's perspective very interesting, important and debatable, particularly in light of the fact that many advocates for marijuana reform believe marijuana reforma can and will help ameliorate "the unequal outcomes caused by the so-called war on drugs."

If Senator Rice were only to state that legalization and commercialization of marijuana has not yet sufficiently remedied drug-war inequities and that reform efforts must make such remediation a priority concern, this commentary would likely be widely embraced by many marijuana reform advocates.  But the assertion that legalization and commercialization of marijuana "would only compound the unequal outcomes caused by the so-called war on drugs" is a more forceful claim that does not seem supported by existing data (e.g., such as this report indicating more minority marijuana executives than minority executives in other industries).  Nevertheless, it is both interesting and valuable to hear from a legislator clearly concerned about the racialized reality of the drug war who is also clearly concerned about racialized realities an impact of marijuana reform efforts.