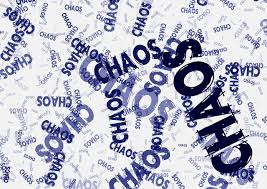 The question in the title of this post is prompted by this new article in The Hill headlined "Marijuana industry thrown into chaos by Sessions decision." Here are excerpts:

The booming business of legal marijuana was thrown into chaos Thursday on the news that Attorney General Jeff Sessions is planning to roll back a key agreement that shielded the industry from federal prosecution in a handful of states.

Stock prices plummeted, investors worried and business owners wondered whether they would now be subject to federal prosecution as Sessions prepares to rescind an Obama-era provision, known as the Cole memo, that directed United States attorneys to deprioritize marijuana-related cases in states where marijuana is legal for recreational purposes.

Rolling back the Cole memo would allow each United States attorney, appointed by the Trump administration, to decide whether to prosecute legal marijuana businesses and business owners under federal law. “The first question that clients are asking, that we haven’t asked for so long, is, could I go to prison?” said Amy Margolis, a Portland-based attorney at Greenspoon Marder who advises cannabis clients. “People are afraid of how each United States attorney is going to respond to this.”...

Experts said state officials involved in regulating, licensing and taxing marijuana businesses are unlikely to be targeted by federal officials. But each U.S. attorney could decide to target businesses, creating the potential for a patchwork of prosecution policies in states like California, where several different offices oversee parts of the state.

“U.S. attorneys had discretion on prosecution priorities before the Cole memo, and they'll have that again now, so it's up to them,” said Rafael Lemaitre, a longtime official at the U.S. Office of Drug Control Policy under Presidents George W. Bush and Barack Obama....

Sessions, a vocal critic of marijuana legalization, had long hinted he planned to roll back the Cole memo, implemented in 2013 during the Obama administration. Sessions had convened a panel to review Obama-era policies, and in 2017 the Office of National Drug Control Policy sent representatives to meet with officials in legalization states.

Several state leaders said they would explore options to fight the decision. “If news reports are accurate, today’s forthcoming announcement from Attorney General Sessions is the wrong direction for our state,” Washington Gov. Jay Inslee (D) said in a statement. “Make no mistake: As we have told the Department of Justice ever since I-502 was passed in 2012, we will vigorously defend our state’s laws against undue federal infringement.” “My staff and state agencies are working to evaluate reports of the Attorney General's decision and will fight to continue Oregon's commitment to a safe and prosperous recreational marijuana market,” Oregon Gov. Kate Brown (D) said.

Legalization advocates said they do not anticipate Sessions’s move stopping any states from creating new rules around marijuana. “I don’t think this is going to slow efforts to implement existing state marijuana laws and pass new ones,” said Tom Angell, the founder of Marijuana Majority and author of a daily tipsheet on the industry. “We didn’t want this to happen, but I don’t think this is the end of the world given how much momentum we had.”

But the industry took a beating with investors on Thursday. Stocks in Terra Tech, the largest legal marijuana business by market cap, had fallen by more than 25 percent as of midday Thursday. Many other marijuana businesses were down by 10 percent or more as trading continued....

Brian Darling, a lobbyist for WeedMaps who also formerly worked as an aide to Sen. Rand Paul (R-Ky.), said that the decision could have a "huge economic impact" and hurt the product in states where marijuana is legalized. “It’s really thrown a curveball at the industry because when you look at the big picture, it shows that the federal government, at least the Justice Department, is really intent on pushing to maybe prosecute individual states that allow adult use of marijuana,” Darling said. “You’re talking about a huge economic impact and it’s the opposite of what the Trump administration has stood for, is making America great again and making the economy great again and expanding jobs and expanding opportunity.”