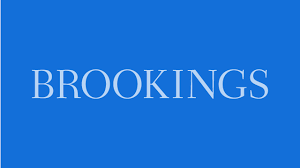 John Hudak and Christine Stenglein have this extended new Brookings' FixGov posting that assails comments made by Attorney General Jeff Sessions about medicial marijuana research. Here is an excerpt of their discussion:

Last week, during a Senate Judiciary Committee hearing Orrin Hatch (R-Utah) asked Attorney General Jeff Sessions a question about cannabis. It wasn’t about legalization or enforcement.  It was about science. Sen. Hatch asked the Attorney General for a status update on applications to grow cannabis for federally-approved medical and scientific research.  The Attorney General offered a weak response that highlighted his own biases on the issue, a division of opinion between him and the president he serves, and a federal government effort to stand in the way of the free conduct of research....

There should be more research into cannabis’ medical efficacy, and the Attorney General of the United States needs to stop allowing his own ideological biases from preventing the free and open conduct of research.  Right now, there are 26 additional research facilities that have applied to grow research grade cannabis.  The Attorney General’s response to Sen. Hatch’s question about these applications was, “So I think it would be healthy to have some more competition in the supply, but I don’t—I’m sure we don’t need 26 new suppliers.”

Simply because there are 26 applications does not mean the Justice Department has to approve 26 applications. DEA, the agency charged with initially evaluating these applications, surely evaluated each application for quality, safety, security, necessity, and capacity, among other criteria.  Experts have evaluated these applications, and the Attorney General should let those experts make the determinations.  DEA and NIDA are sufficiently equipped to evaluate the protocols of each applicant, as they have been administering and overseeing the current producer for decades. In fact, the career officials at those agencies are better positioned to make those decisions than an Alabama Senator who just got a political promotion.

The Attorney General suggested in his testimony that it is not the applications or even DEA that are holding up the process.  It is he who is delaying the ability of researchers to conduct high quality research with the best supply possible.  The Attorney General noted, “I have raised questions about how many” (new facilities there should be).  Instead of talking about his questions, the Attorney General should talk about the system he is putting in place....

On the campaign trail, Mr. Trump expressed his support for medical cannabis, even arguing he knows people who have found relief from it.  As president, Mr. Trump has frequently spoken of his support for veterans and his willingness to do all he can to help them.  He has also spoken of the need to address the opioid epidemic head-on, appointing a commission to examine the issue and even announcing that he would declare the opioid epidemic an official public health emergency.  Expanding research would reflect the president’s policy views.  Instead, Mr. Sessions is standing between the White House and its stated policy goals.

Finally, the president and even the Attorney General lament that the Affordable Care Act allows the government to stand between patients and doctors.  By politicizing medical cannabis research and by blocking researchers from getting answers to medical questions, the Attorney General is not only complicit in allowing government to stand between doctors and patients, he is leading the charge.