Silly(?!?) talk of marijuana reform as a "flash point" in the far-off 2020 Prez campaign 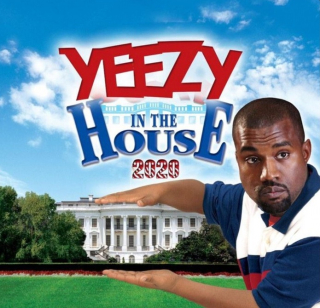 As of this writing in mid-August 2017, we still do not really know the marijuana reform position of the current President of the United States.  But that reality has not prevented the folks at Politico from putting forth this new article about the 2020 Prez campaign headlined "Marijuana politics emerge as 2020 flash point: The debate over legalization is about to receive a full airing on the presidential campaign trail."  Though I think it silly to try to discuss too seriously the 2020 Prez campaign with still 15 months to go before the mid-term election of 2018, I cannot resist highlighting some notable passages in this Politico piece:

Marijuana legalization just moved from the fringes of the last presidential campaign to center stage in 2020.  Between a sweeping new package of legislation introduced last week by one of the top Democratic presidential prospects and, on the other end of the spectrum, Attorney General Jeff Sessions’ vigorous opposition to recreational use of marijuana, the debate over legalization of cannabis is about to receive a full airing on the presidential campaign trail.

While Bernie Sanders also supported medicinal use of marijuana and the decriminalization of recreational marijuana, drug policy stayed on the outskirts of the 2016 presidential debate, and growing action at the state level was barely acknowledged.

Tom Angell, chairman of Marijuana Majority, a bipartisan nonprofit advocacy group, said New Jersey Sen. Cory Booker’s introduction of “the farthest-reaching bill ever proposed” will have a catalytic effect on the politics of legalized marijuana and the myriad criminal justice issues related to it.  “Booker is getting a ton of fantastic press about this,’’ he said. “And other candidates will notice that and will want to say, 'I agree — and I want to introduce a bill of my own.'”

Booker’s rollout of the Marijuana Justice Act — introduced to a wide audience via Facebook Live — was more than just a call for legalizing marijuana at the federal level. The measure also addresses withholding federal funds for the construction of jails and prisons from states whose pot laws are shown to disproportionately incarcerate minorities; expunging federal convictions for cannabis use; and mandating sentencing hearings for prisoners now serving time for pot offenses.  “You see these marijuana arrests happening so much in our country, targeting certain communities — poor communities, minority communities — targeting people with an illness,” Booker, the former mayor of Newark, said.

With Republicans in control of the House and Senate, the ambitious legislation is viewed as unlikely to pass.  But its attachment to a top prospective 2020 candidate — and the growing action on marijuana legalization at the state level — all but guarantees presidential contenders will need a fully formed position.

On the Republican side, Republican Sen. Rand Paul of Kentucky has called for a repeal on the pot prohibition — making him popular with young libertarians — and won some conservative backing with his strong stand for states’ rights on the issue....

Already, in the two governors races on the ballot in 2017 — New Jersey and Virginia — the Democratic nominees have staked out clear positions in favor of decriminalization....

After California officially became the largest legal cannabis market in the world last November with approval of Proposition 64, Nevada — a key Western swing state — followed last month to become the fifth state to legalize recreational use of the drug.  States are hungrily eyeing tax revenues from the cannabis market, where revenues topped $5.8 billion in 2016 and are expected to reach at least $7 billion by 2020, experts say.

Willie Brown, the former California House speaker and San Francisco mayor who successfully carried one of the nation’s first cannabis-related reform bills to decriminalize the drug in 1973, says the political climate has shifted markedly from the days when “we couldn’t talk legalization — hell no.” But he said Booker wasn’t the first Democrat to understand how deeply the issue of legal recreational cannabis resonated, especially with millennial voters.

“Gavin Newsom was the first,” he said, saying that the California Democratic lieutenant governor stepped out in front and backed legalization of recreational pot in the nation’s most populous state nearly two years ago.  Newsom’s strong endorsement and campaigning helped pass Proposition 64 — and set the stage for him to take the front-runner spot in the 2018 governor’s race, Brown noted.

In recent days, Newsom’s rival Antonio Villaraigosa, the former Los Angeles mayor, has edged toward a more liberal stance, saying at a public forum that “cannabis is going to be the new alcohol business.” State Treasurer John Chiang, another California gubernatorial candidate, has been holding statewide hearings on cannabis banking issues.

Even California Sen. Kamala Harris, a former prosecutor who has taken a more cautious stance on the issue, is on board for marijuana decriminalization. Harris, a first-term senator who is frequently mentioned as a prospective presidential candidate in 2020, told a progressive group last month: “While I don’t believe in legalizing all drugs ... we need to do the smart thing, the right thing, and finally decriminalize marijuana.”

This article's brief mention of marijuana reform in the 2017 races for Gov in New Jersey and Virginia merits, in my view, a lot more attention than the far-off 2020 Prez race. As I understand matters, I believe the Democratic candidate in New Jersey has endorsed full legalization of marijuana and the GOP candidate supports decriminalization. That reality, as well as Senator Booker's bold bill, highlights how mainstream significant marijuana reform has already become well before we get to gaming out who might be running against Prez Trump in 2020.

When doctors think something is important, legislators will listen. One stark example is Roe v Wade. It was copied from an AMA Resolution. One has to wonder where organized medicine is on the question of at least medical uses of marijuana. Organized medicine should be promoting national legalization of marijuana for medical purposes.

Doctors have bad tempers. I was nearly attacked when I proposed other points to them. I am not the one to lead this effort, but will gladly consult with anyone who wants to.