"State of Emergency"!?!: Nevada dispensaries struggling to keep up with demand after first week of recreational sales 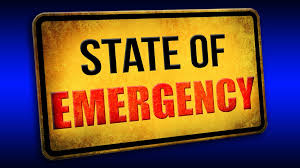 As reported in this USA Today article, headlined "Nevada dispensaries running out of marijuana," recreational marijuana sales are off to quite a start in the Silver State and that is actually creating a significant problem:

Nevada dispensaries licensed to sell recreational marijuana are running out of pot less than a week after the legal market came to life, according to the state Department of Taxation.

On Friday, taxation officials announced that Gov. Brian Sandoval had endorsed the department's "statement of emergency," allowing state officials to consider adopting an emergency marijuana regulation that could alleviate the shortage. The Nevada Tax Commission will vote on the regulation Thursday.

"Based on reports of adult-use marijuana sales already far exceeding the industry’s expectations at the state’s 47 licensed retail marijuana stores, and the reality that many stores are running out of inventory, the Department must address the lack of distributors immediately. Some establishments report the need for delivery within the next several days," said department spokeswoman Stephanie Klapstein in an email.

The regulation would allow the department to consider a larger pool of applicants for distribution licenses, licenses that permit the transport of recreational marijuana from cultivation and packaging facilities to the dispensaries.

When the state law legalizing recreational marijuana was passed in November, wholesale alcohol distributors were promised exclusive rights to transport wholesale marijuana for the first 18 months of legal sales. The department, however, has run into multiple roadblocks in reviewing the seven applications that they have received as of Friday.

"We continue to work with the liquor wholesalers who have applied for distribution licenses, but most don’t yet meet the requirements that would allow us to license them. Even as we attempted to schedule the final facility inspection for one of the applicants this week, they told us their facility was not ready and declined the inspection. As of mid-day Friday, not one distribution license has been issued," Klapstein said....

Now that any marijuana dispensary licensed to sell recreational marijuana must receive all product — both recreational and medical — from a distributor licensed to transport recreational marijuana, many of them are stuck with dwindling supply. "The business owners in this industry have invested hundreds of millions of dollars to build facilities across the state," Klapstein said. “They have hired and trained thousands of additional employees to meet the demands of the market. Unless the issue with distributor licensing is resolved quickly, the inability to deliver product to retail stores will result in many of these people losing their jobs and will bring this nascent market to a grinding halt. A halt in this market will lead to a hole in the state’s school budget."

While the department does not plan to release any numbers on state tax revenue from the industry until late September, the Nevada Dispensary Association earlier this week estimated that dispensaries made about $3 million in sales and the state made about $1 million in tax revenue between Saturday and Tuesday. Revenue collected from the 15% cultivation tax goes toward schools, while the 10% sales tax revenue goes toward the state's rainy day fund, which can be used for any number of expenditures.