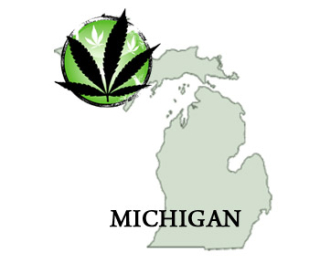 A campaign to once again try to fully legalize marijuana in Michigan is getting big support from a Washington D.C. nonprofit activist group and from a tobacco store company that has talked of opening a chain of marijuana shops in the state.

The donor list, revealed in the latest campaign finance statements filed by the Coalition to Regulate Marijuana Like Alcohol, alarmed critics who have long contended that marijuana's nationwide march toward legalization is being funded not by the idealistic stoners and medical-marijuana users long linked to the politics of cannabis but instead by a pack of profit-minded investors and corporate types said to be similar to Big Tobacco — the nation's cigarette and cigar industry.

"It’s obvious that these tobacco guys are making a play for the marijuana money," Jeff Zinsmeister, executive vice president of Smart Alternatives to Marijuana, based in Alexandria, Va., said Friday. The group argues that Big Marijuana is "following the playbook of Big Tobacco," hoping to get young people addicted to pot early on, then keep them as hapless customers for life, Zinsmeister said.

Those who support legalization argue that marijuana will be more difficult for youths to obtain, not less, after it passes. They liken the current availability of marijuana to the nation's era of alcohol Prohibition, when people of any age had ready access to illegal alcoholic beverages; in contrast to later laws that made alcohol legal for adults but a crime to provide it to anyone under 21.

The campaign's goal is to put a ballot question before Michigan voters in 2018, when the governor's race will trigger a big voter turnout. Medical marijuana use was approved by state voters in 2008....

Based on the ballot campaign's latest report, "44% of our contributions were $250 or less — we have a broad range of both large donors and small," said [Josh] Hovey, spokesman for the Coalition to Regulate Marijuana Like Alcohol.

Since starting the drive to collect signatures less than two months ago, the group has gathered more than 100,000 signatures, he said. That's good progress toward collecting the required 252,523 signatures — a figure that, by law, must be 8% of the number of votes cast in Michigan's last election for governor. The group said it has until Nov. 22 to gather enough signatures.

And, in order to get a cushion to account for signatures that might be thrown out, the group has set a goal of gathering 350,000 signatures, said former state representative Jeff Irwin of Ann Arbor, who is the group's political director. "We're hitting the streets and talking to everybody," Irwin said Saturday.

In a failed effort last year to get on the ballot, a different marijuana group relied mainly on volunteers. This year's coalition, which includes supporters of last year's effort, is using paid petition circulators at considerable cost. "It's going to cost probably a million and a half dollars just to get on the ballot," Hovey said.

"After that, we’ll need to spend a lot more on advertising and all the methods of communication to make sure that voters have the full story. We’re estimating this is going to be, in total, an $8-million campaign, by the time the vote actually happens next year," he said.