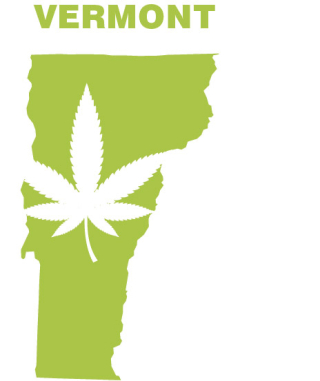 The title of this post is the headline of this local article reporting on very big news out of the Green Mountain State. Here are the details:

Vermont’s Legislature has become the first in the nation to approve a recreational marijuana legalization bill.

Vermont's bill, which would legalize small amounts of marijuana possession in 2018 and anticipate the possibility of a taxed and regulated legal marijuana market, was approved by the Vermont House of Representatives on Wednesday afternoon by a vote of 79-66.  The bill has already been passed by the Senate and will go directly to Gov. Phil Scott.

Wednesday's vote closed a divisive debate over legalization, particularly in the House, that once prompted Senate President Pro Tempore Tim Ashe to predict that legalization would take a "miracle" to pass this year.  Earlier in the day, the House Judiciary Committee voted 8-3 to support the limited bill, which was pitched as a compromise between the House and Senate approaches on marijuana.

The proposal incorporates H.170, the House-supported bill that would legalize possession of up to one ounce of marijuana, two mature marijuana plants or four immature marijuana plants for adults over 21.  The effective date has been pushed back one year until July 1, 2018.  The bill also sets up a nine-member commission to study the best way to regulate marijuana in the future.

"There's no slam dunk of any kind," said Rep. Barbara Rachelson, D-Burlington, a member of the House Judiciary Committee, speaking about the prospect of a legal marijuana market.  "It just is doing work that could be used next year or in subsequent years."  The proposal would continue to prohibit driving under the influence of marijuana and the use of marijuana in public places.  Employers, landlords, schools and prisons could continue to restrict marijuana use.