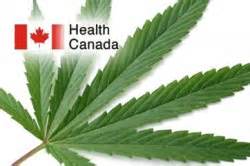 As reported via this local piece, headlined "Feds hope pot-by-numbers effort helps extinguish illegal marijuana trade," it appears the folks to our north are deeply and wisely committed to collecting and analyzing lots of data as marijuana reform efforts unfold. Here are some of the details:

The federal government is hoping to find strength in numbers as it tries to stamp out the illicit marijuana market.  Government officials are collecting data — everything from the street price of pot to how often people light up — to arm themselves in the fight against organized crime's presence in the trade, internal Public Safety Canada documents reveal.

The Liberal government has tabled legislation to legalize and regulate recreational marijuana use, with the aim of keeping pot out of the hands of children while denying criminals the hefty profits.

Officials had already identified 45 specific categories of information they would need to gauge the success of the new policy.  Of these, Canada collected data to calculate about seven, some partial information on a further 17 and little to no figures on the remaining 21 categories.  The wide variety of missing data includes a measure of the fire hazard posed by grow-ops, overdose statistics, the scope of crop-eradication efforts and effects of marijuana use on school performance.

The government plans to monitor patterns related to cannabis use, especially among young people, on an annual basis through the Canadian Cannabis Survey.  In March, Health Canada began the two-month survey, involving some 10,000 Canadians, said a department spokeswoman.  The planned questions most relevant to organized crime were related to the type, quantity and frequency of pot consumed, where it is being obtained, the purchase price and contact between users and police, say March notes released by Public Safety through the Access to Information Act.

"In a regime of legal recreational cannabis, price data in the illicit market is still important," say the notes.  "This is because the behaviour of consumers of cannabis, such as switching between markets, will be influenced by price."  Some research results are already trickling in.   A study commissioned by the department pegged the cost of high-quality black-market cannabis in the 2011 to 2015 period at $7.69 a gram.  Research also found that a 10-per-cent drop in the price of pot could cause a four-to-six per cent increase in the amount consumed.

Officials want accurate figures on the sheer amount of marijuana Canadians use to help with basic supply-and-demand modelling that will paint a fuller picture.  They note such data exists in studies of legal and contraband tobacco, allowing criminologists and economists to build solid models.  Another key to understanding the price of pot is information about law-enforcement efforts, the notes say.  "For example, if more resources are dedicated to combatting grow-ops in one particular area, it would be expected that the enforcement would affect the price of marijuana in that area, as well as the areas surrounding it."

Notably and encouragingly, last year Public Safety Canada produced this very effective document about marijuana reform and data issues titled "Cannabis Performance Metrics for Policy Consideration – What Do We Need to Measure?".  This news article and that prior document suggests the folks up north are asking all the right kinds of questions and will be collecting all the right kinds of data for effectively analyzing the impacts of marijuana reform in Canada.