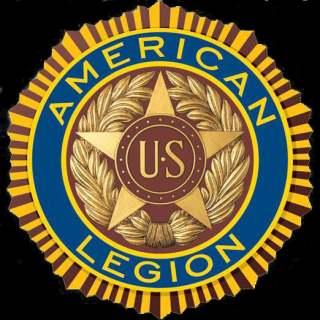 This new Politico article, headlined "American Legion to Trump: Allow marijuana research for vets," reports on a notable new push by a notable organization to seek a notable change in federal marijuana laws with the new administration. Here are excerpts from an article which strikes me as pretty big news:

One of the nation’s most conservative veterans’ groups is appealing to President Donald Trump to reclassify marijuana to allow large-scale research into whether cannabis can help troops suffering from post-traumatic stress disorder . The change sought by The American Legion would conflict with the strongly anti-marijuana positions of some administration leaders, most vocally Attorney General Jeff Sessions.

Under current rules, doctors with the Department of Veterans Affairs cannot even discuss marijuana as an option with patients.  But the alternative treatment is gaining support in the medical community, where some researchers hope pot might prove more effective than traditional pharmaceuticals in controlling PTSD symptoms and reducing the record number of veteran suicides.

"We are not asking for it to be legalized," said Louis Celli, the national director of veterans affairs and rehabilitation for the American Legion, which with 2.4 million members is the largest U.S. veterans’ organization.  "There is overwhelming evidence that it has been beneficial for some vets.  The difference is that it is not founded in federal research because it has been illegal."

The Legion has requested a White House meeting with Jared Kushner, Trump's son-in-law and close aide, "as we seek support from the president to clear the way for clinical research in the cutting edge areas of cannabinoid receptor research," according to a recent letter shared with POLITICO.

The request marks a significant turn in the debate over medical marijuana by lending an influential and unexpected voice.  The Legion, made up mostly of Vietnam and Korean War-era veterans, is breaking with other leading vets’ groups such as the Veterans of Foreign Wars in lobbying for the removal of the major roadblock in pursuing marijuana treatment.  But it also comes as the new administration, led by Sessions, is sending strong signals of its desire to thwart marijuana decriminalization and legalization efforts.  Expectations are growing in Congress that DOJ may even try to roll back medical marijuana laws in 29 states....

"We desperately need more research in this area to inform policymakers," said Sue Sisley, a psychiatrist at the Scottsdale Research Institute in Arizona who is running one of the only cannabis studies underway focused on vets suffering from PTSD.  "I really want to see the most objective data published in peer reviewed medical journals.” She added that she isn’t prejudging what the outcome of the research will be.

“I don't know if cannabis will turn out to be helpful for PTSD,” Sisley said.  “I know what veterans tell me but until we have rigorous controlled trials, all we have are case studies that are not rigorous enough to make me, medical professionals, health departments or policymakers convinced."

Some veterans’ activists are angry at the federal government’s continued resistance to even studying cannabis, even as an average of 20 vets kill themselves every day. "We need solutions," said Nick Etten, a former Navy SEAL who runs the Veterans Cannabis Project, a health policy organization. "We need treatment that works. We need treatment that is not destructive.  The VA has been throwing opiates at veterans for almost every condition for the last 15 years.  You are looking at a system that has made a problem worse the way they have approached treatment."...

The VA declined to address whether it is reconsidering its stance on the issue, citing the illegality of marijuana in all its forms under federal law....  Most leading veterans’ groups are toeing that line, including Veterans of Foreign Wars.  "The VFW has no official position regarding this ongoing debate because marijuana is illegal under federal law," said Joe Davis, the group's spokesman.

But grassroots support is growing among veterans — both young and older — and in Congress to reconsider the current approach.  Much of that is because of growing anecdotal evidence that marijuana helps some veterans with PTSD control their symptoms when approved drugs do not, such as ridding them of nightmares and helping them sleep.  And that is what is driving the efforts of the American Legion.  Celli said the group's Veterans Affairs & Rehabilitation Commission, which represents veterans from World War II to the wars in Iraq and Afghanistan, recently gave the Legion "overwhelming support" to advocate changes....

In addition to cannabis, the organization is advocating for more research on so-called Quantitative EEG neurometrics, which measures the brain's electrical activity.  "The American Legion believes these two areas alone can help cut the amount of veteran suicides and cases of chemically addicted veteran by more than half," the letter to the White House says.  "The American Legion respectfully requests a meeting with President Trump as soon as possible and looks forward to partnering with this administration in the fight against narcotics addiction and reducing the veteran suicide rate from the tragic loss of 20 warriors per day, to zero."

Hello everyone,
I am Farrare, 63 years old and currently living in Texas. I am here to share the most

important testimony about my life and brought so much happiness to my family.I was diagnosed with

skin cancer in four different places,I suffered from this for about 6 years and did chemo /

radiation which didn't work and i was given some numbers of days to live by my doctor,My uncle

based on the doctors comment.I thank Rick Simpson so much for making this oil for me and it cured

my cancer and i am living perfectly free from cancer,please share this good news and let's save

lifes. You can reach the rick Simpsonramadour if you have been battling with CANCER,HIV