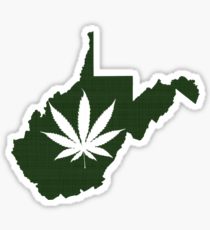 As reported in this local article, headlined "WV governor signs medical marijuana into law," the latest state to reform its marijuana laws is the Mountain State.  Here are the details:

Gov. Jim Justice signed a comprehensive medical marijuana bill into law Wednesday, wrapping up what might have been the legislative underdog story of the session. Justice signed Senate Bill 386, which will put a medical cannabis commission into place to begin forming the regulatory infrastructure for the Bureau of Public Health to begin issuing marijuana patient ID cards on July 1, 2019.

Surrounded by Democratic legislators who helped push the bill through, Justice said the law will help those who are suffering obtain access to a treatment approved by the medical community. “Our doctors are telling us, this is a pathway to help those people [who are suffering],” Justice said. “How could you turn your back on that? How could you turn your back on a loved one who is really suffering? To have a vehicle to be able to help, and to turn our back on it and say, ‘No, we’re not going to do that.’ To me, that’s not listening to the wise, and it’s not being charitable and caring, like we ought to be.”

The new law will allow patients suffering from 16 conditions to apply for a card with permission from their doctor, who must be approved to recommend marijuana by the Board of Public Health. Acceptable conditions include terminal illnesses, cancer, HIV or AIDS and Parkinson’s disease.

The law does not allow patients to grow or smoke marijuana. Only a licensed dispensary can issue marijuana in the form of pills, oils, topicals (gels, creams, ointments), tincture, liquid, dermal patch or non-whole plant forms for administration through a vaporizer or nebulizer.

Sen. Richard Ojeda, D-Logan, who sponsored the legislation and served as its point man, said he thinks the bill will help ease suffering of fellow veterans who have been diagnosed with Post Traumatic Stress Disorder, and simultaneously cut into the state’s opioid crisis, by taking money out of illegal drug dealers’ pockets.

Sporting a cannabis leaf-shaped pin on the breast of his jacket, Nitro resident Rusty Williams watched Justice sign the bill. Williams survived a late-stage diagnosis of testicular cancer. He said his doctors prescribed him aggressive doses of chemotherapy to combat the cancer, and he used illegally purchased marijuana to help him handle the treatments....

Sen. Mike Woelfel, D-Cabell, said that, although some might be frustrated by the gap between the bill’s passage versus its 2019 full activation date, it will be a good thing for the state to not botch such a promising, although complex, initiative. He said other states have tried to shoot the moon and get things rolling prematurely, and it only served to their detriment. Woelfel also pointed out that the Legislature can revisit the bill in any session down the road and add to it, as needed.