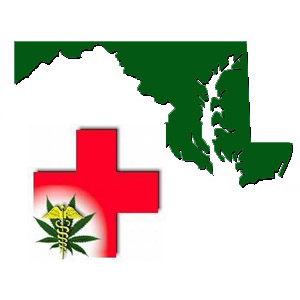 As reported here by the Baltimore Sun, Maryland's Governor "Larry Hogan on Thursday ordered a study of whether minorities face a disadvantage when seeking to participate in the state's nascent medical marijuana industry." Here is the context and particulars surround what I think will be the first-of-its-kind state study:

Black-owned businesses were shut out in the first round of 15 preliminary license awards to grow cannabis plants, despite a state law requiring the Maryland Medical Cannabis Commission to "actively seek to achieve" racial diversity among license winners. The commission said it didn't consider racial diversity because the Maryland Attorney General's Office advised the panel it could not constitutionally consider applicants' ethnicity without a disparity study.

Since then, the General Assembly's Legislative Black Caucus has demanded that African-American-controlled businesses be involved in the potentially lucrative industry. The caucus' desire for a legal fix was frustrated this month when legislation failed on the last night of the Assembly's annual 90-day session. That failure, the result of disagreement between the Senate and House of Delegates, has prompted the caucus to call for a special session.

Hogan spokesman Doug Mayer said the governor's order does not indicate that a special session will be called. He said that is still up to Senate President Thomas V. Mike Miller and House Speaker Michael E. Busch. The governor can order a special session, but has said he would do so only if Miller and Busch agree on how to change Maryland's medical marijuana law. Busch and Miller had previously called on Hogan to order the disparity study. Such a study would have been required by the legislation that failed.

Alexandra Hughes, a spokeswoman for Busch, said the speaker is pleased the governor is moving forward with the study so the legislature can consider all of the available information. She noted that Busch supported two bills passed by the House that would have encouraged minority participation in the medical marijuana industry....

Mayer said the governor's order to complete the study was prompted both by his and the black caucus' concerns. Del. Cheryl Glenn, the Baltimore Democrat who chairs the caucus, could not be reached for comment. She said this week she is circulating a petition among senators and delegates asking Hogan to call a special session beginning June 15.

Hogan did not set a timetable for the completion of the study, but directed Jimmy H. Rhee, the special secretary of minority affairs, to make sure the study is completed "as expeditiously as possible."