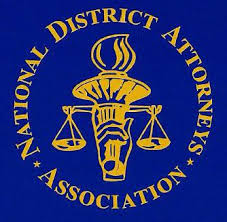 I was pleased to see this local article from Colorado, headlined "Boulder DA Stan Garnett named to group that will advise Trump administration on pot," reporting on a new group assembled by the National District Attorney's Association. Here are the details:

Boulder District Attorney Stan Garnett has been selected to join a group of prosecutors from across the country who will help advise the Donald Trump administration on policies regarding marijuana.

The National District Attorney's Association created a policy group featuring 14 district attorneys who will issue advisements on possible law or policy changes regarding marijuana as more and more states legalize it.

Garnett said he is the only active prosecutor from Colorado in the group, but said there are also DAs from California and Oregon — other states with recreational marijuana — in the group. "It's a reflection of the NDAA's interest in having a fairly balanced committee, which will be largely advising on what our policy position should be in communications with the Trump Justice Department," Garnett said.

But while Garnett said there are a wide variety of states in different stages of marijuana legalization represented in the group, he said for the most part NDAA still is a conservative group, which is why he felt it was important to add his voice.

"I always end up on the more liberal position than anyone else, particularly on marijuana," Garnett said. "I think one of the things that happens is that many of the people in states where there is no legalization have a complete misunderstanding of states like Colorado. If nothing else, I'm able to say, 'Wait a minute, this is a huge business in Colorado, it is largely supported by the editorial boards, polls show it was being very popular, and by and large we have not seen an impact on crime rates.

"For somebody from Missouri or South Carolina to tell Colorado how to handle an issue of its own choice like legalization of marijuana is not only bad policy, but it fails to respect the importance of local control and state rights."

For instance, Garnett said that at the first meeting, some of the DAs wanted to send a letter to the governor of any state with recreational or medical marijuana telling them to shut those businesses down within 90 days. "I thought that was a particularly unrealistic and ill-advised idea, and I was not shy about saying that," Garnett said.

Tom Raynes, the executive director of the Colorado District Attorney's Council and another member of the group, said it will be a feeling out process for the group, which was only formed about 10 days ago. "There's such a myriad of approaches depending on what stage of legalization you are in," Raynes said. "To come up with some sort of nationwide discussion on what works and what doesn't work makes a lot of sense."

Regardless of their stance on legalization, Raynes said all prosecutors have some common goals in regard to marijuana, such as keeping it out of the hands of children, cracking down on impaired driving, and curbing the black market. "Those are things that every state can agree on, and they need to start getting to the difficult issues," Raynes said.

Garnett said the group has toyed with the idea of issuing a majority and a minority opinion on different issues. If he is in fact confirmed as the next U.S. attorney general, Jeff Sessions likely would be the one ultimately going over the policy recommendations. "Assuming he gets confirmed, he would definitely be the recipient of whatever we come up with," Garnett said. "At the moment nobody really knows what approach the Trump justice department will take, so that will determine how long the group meets."

Sessions has been a vocal opponent of marijuana legalization, once saying that " good people don't smoke marijuana," and Trump has also said he plans to keep it illegal on a federal level. Garnett said he thinks that Trump trying to reverse states' decisions to legalize marijuana is possible, but would be tricky. "Legalization has been largely successful everywhere it has been tried, so it would be a highly unpopular move and difficult to accomplish successfully," Garnett said. "But I don't know what to expect on the Trump administration on this issue."

But even if the nation weren't going through a major administration change, Raynes said, an advisory group like this was needed. "I think it would have been done anyway," Raynes said. "Just as the marijuana issues evolve, states need to evolve to figure out some common ground."

I am very pleased to hear about this NDAA group and that they seemingly have a diverse group of prosecutors involved in this discussion. Indeed, I would like to see other criminal justice organizations like the National Association of Criminal Defense Lawyer and national police groups assembling an array of members to work on what seems to those groups to be sound marijuana policies.