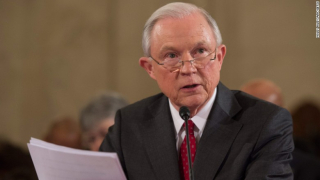 As expected, during today's confirmation hearing for the position of US Attorney General, Jeff Sessions was asked a few questions about whether and how he would enforce federal marijuana prohibitions.  These three press reports on the exchange provide slightly different spins on what Senators Sessions said and did not say:

From the Washington Post here, "Sessions on enforcing federal marijuana laws: ‘It won’t be an easy decision’"

Though I suspect some marijuana reform activists were hoping to hear Sessions say he would fully respect and order DOJ officials to always defer to state marijuana reforms, such a statement would be in some ways tantamount to saying he would not fully respect federal marijuana prohibition (which is still the law of the land). Consequently, I was not surprised and in many ways encouraged by how Senator Sessions handled these issues. These passages from the HuffPo piece spotlight what I consider the biggest highlight, along with one marijuana advocate's takeaway:

“I won’t commit to never enforcing federal law,” said Sessions, responding to a question about whether he’d use federal resources to prosecute people using marijuana in accordance with their state laws. “But absolutely it’s a problem of resources for the federal government.”

Sessions went on to say that federal guidelines on marijuana enforcement crafted under Attorneys General Eric Holder and Loretta Lynch had been “truly valuable” in determining how to navigate inconsistencies between federal law ― under which marijuana is illegal ― and state laws that have loosened restrictions on the plant. Sessions also noted that if Congress wanted to clear up this confusion, it could pass a law adjusting the legal status of marijuana. Until then, however, he vowed to do his job “in a just and fair way” while judging how to approach marijuana going forward.

“It is not so much the attorney general’s job to decide what laws to enforce,” Sessions said. “We should do our job and enforce laws effectively as we are able.”

Marijuana advocates met Sessions’ stance with guarded optimism, though they cautioned that he had not ruled out the possibility of more aggressive action against legal marijuana states and users. “It’s a good sign that Sen. Sessions seemed open to keeping the Obama guidelines, if maybe with a little stricter enforcement of their restrictions,” said Tom Angell, chairman of Marijuana Majority, a drug policy reform group. “The truth is, his answer was skillfully evasive, and I hope other senators continue to press for more clarity on how he would approach the growing numbers of states enacting new marijuana laws.”