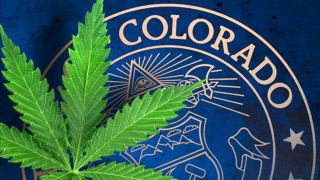 The question in the title of this post is my reaction to this recent Denver Post article headlined "Colorado researchers receive $2.35M to study marijuana use on driving, other impacts of legalization." Here are details:

In a groundbreaking effort to better understand what, exactly, happened after voters legalized recreational marijuana in Colorado, the state’s Health Department on Tuesday announced $2.35 million in grants to researchers who will help answer that question.

Most of the money — $1.68 million — will go toward two studies that look at the impacts of marijuana use on driving. The first will compare driving impairment for heavy marijuana consumers versus occasional consumers. The other will study dabbing — the smoking of highly potent marijuana extracts — to determine its effects on driving and cognitive functioning.

Other studies receiving grant funding will look at how long marijuana stays in the breast milk of nursing mothers, the adverse effects of edible cannabis products, the cardiovascular risks of marijuana use in people with heart problems, the impact of marijuana use on older adults and, lastly, an “analysis of data from before and after implementation of recreational marijuana in Colorado,” by a psychology professor specializing in addiction counseling at Colorado State University.

“This research will be invaluable in Colorado and across the country,” Dr. Larry Wolk, the executive director of the Colorado Department of Public Health and Environment, said in a statement. “The findings will inform our public education efforts and give people additional information they need to make decisions about marijuana use.”

The Health Department previously spent $9 million as part of a historic effort to fund the study of medical marijuana by a state government.  Those research projects are still ongoing.  Earlier this year, the state legislature approved funding for the new grants to study recreational marijuana.  The Health Department received 58 preliminary applications, which were winnowed to a pool of 16 from which the final seven recipients were selected.

I am pleased to see that Colorado continues to invest substantial amounts into medical and recreational marijuana research, and the roughly $11.5 million spent to date is nothing to scoff at. Nevertheless, this article reports that Colorado "collected more than $135 million in marijuana taxes and fees in 2015," and increased sales data in 2016 would suggest that the state is on pace to collect at least another $165 million or more this year. Consequently, the tax monies raised in Colorado from marijuana reform in Colorado being "reinvested" in needed research is only about 4%.

Though my biases as a researcher is showing through, I think reinvesting only 4% of tax revenues into needed research is woefully inadequate given all the important and unanswered questions raised by marijuana reforms in Colorado. Though picking out numbers here, I think at this still-very-early stage of state-level marijuana reforms that states ought to be seriously considering putting 10% or more of revenues raised back into public health and public policy research on the impact of state-level reforms.